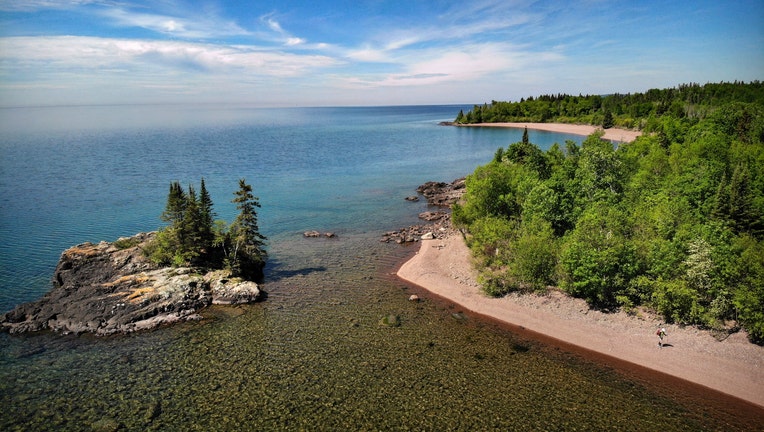 GRAND MARAIS, Minn. (FOX 9) - Authorities in northeastern Minnesota are investigating after they say it appears a tree was intentionally cut down to block Highway 61 in order to keep visitors away from the North Shore amid the coronavirus pandemic.

The incident was first reported on May 8. The Cook County Sheriff’s Office said it received a report of a very large tree that was blocking the highway near the county line. A deputy responded and saw that the tree was blocking both lanes of Hwy. 61 and had been intentionally cut down for that purpose.

The Minnesota Department of Transportation was called to remove the tree so the highway could reopen.

Hwy. 61 is the main thoroughfare that connects many of the communities along the North Shore of Lake Superior.

The sheriff’s office said its investigation determined the tree was cut down to block the highway in response to the influx of visitors to the area and the concerns of those visitors spreading COVID-19 to the county.

“This type of action is reckless, dangerous and uncalled for.” Cook County Sheriff Pat Eliasen said in a statement. “The commission of this inappropriate act can carry very serious consequences. If there was a medical transport to Duluth which was a life or death matter and the ambulance was unable to continue due to this irresponsible conduct, the cost is far greater than making this type of statement. Not only does this endanger motorists, but there is also a significant cost to the taxpayers for removal of the tree.”

Cook County: Minnesota’s stay at home order not a recommendation

Cook Count officials are reminding residents that Minnesota's stay at home order is not a recommendation, urging vacationers to stay at their homes rather than venture to their cabins.

Cook County makes up the upper northeast corner of Minnesota and shares a border with Canada. The county is home to the city of Grand Marais as well as the Lutsen Ski Resort, both popular North Shore destinations.

Cook County is one of only two counties in Minnesota that has not reported any confirmed cases of the coronavirus. While Minnesota was under a stay-at-home order, Cook County officials asked tourists and those with cabins in the area to stay home due to the county’s limited health care infrastructure and high population of vulnerable older adults.

The sheriff’s office is continuing to investigate the incident. Anyone with information is asked to contact Sheriff Eliasen at 218-387-3030 or at pat.eliasen@co.cook.mn.us