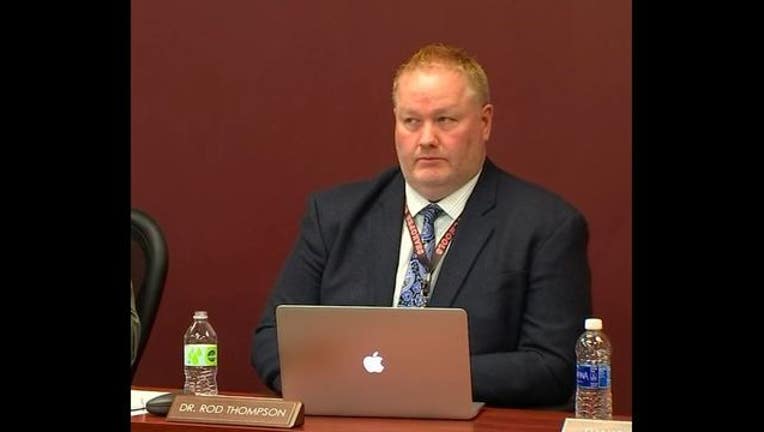 Shakopee Schools Superintendent Rod Thompson resigned in June amid an investigation into his alleged personal use of district credit cards.

SHAKOPEE, Minn. (KMSP) - The Shakopee School Board is holding a meeting next Monday to accept or decline the resignation of its superintendent amid a criminal investigation over his alleged misuse of a school credit card, according to a release.

Increased scrutiny of the district followed a $4.5 million budget shortfall caused by "human error" in the calculation process, leading to a number of complaints from community members over what caused the problem.

Shakopee schools provided Fox 9 with a copy of a $3,500 check Thompson wrote to reimburse the district for what he says were "unintentional" purchases made on the card, including a television and Macbook computer mentioned in search warrants. The investigation is still ongoing.

The school board will hear comments from community members at its meeting after presenting the resolution, but will not respond, officials said. Their recommended action, as outlined in meeting minutes, is to approve Thompson's resignation.