MINNEAPOLIS (FOX 9) - A registered sex offender was forced to leave a small homeless camp for women after the FOX 9 Investigators began asking questions about his presence there.

Many of the women came to the Minneapolis camp last week to escape the sexual violence at the larger homeless encampment in Powderhorn Park.

A registered sex offender was removed from women's homeless camp in Minneapolis.

A man who called himself El, as in elder, told the FOX 9 Investigators the camp was only for women.

“I am the security top dog here,” he told an undercover producer.  “I make sure these women are safe night and day.  I do this a lot, it’s my passion,” he said.

His real name is Richard Leslie Larsen. In 2012, he was convicted of sexually assaulting an 11-year-old girl more than 20 times. 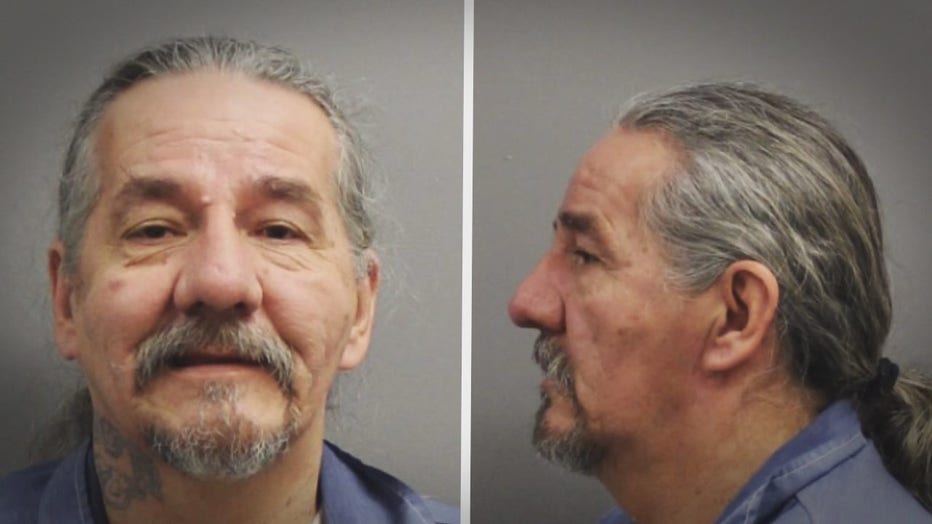 Larsen had befriended the girl’s mother on the Leech Lake Reservation. He got out of prison seven months ago and is a registered sex offender. Under terms of his probation, he is not to have any direct contact with minors.

Members of the camp said Larsen left Monday afternoon when his past was revealed in a meeting. His past didn’t bother at least one of the residents.

"El is still El and he was a good man with a big heart. Everyone makes mistakes in life, you know what I mean?” she said.

Larsen’s probation officer learned he was at the park on Monday.  A spokesperson for Hennepin County Community Corrections said the park was told he should leave the camp because of the possibility children may be present.

Because it was unknown if Larsen had any contact with minors, he was not issued a violation, but his probation officer will now have increased contact with him, according to the spokesperson.

Homeless advocates tell the FOX 9 Investigators Larsen was placed in the park as security by his older brother, James Cross, founder of the outreach group Natives Against Heroin (NAH).

Two years ago, at the homeless camp along Hiawatha Avenue, known as the Wall of Forgotten Natives, Minneapolis Police had Cross under surveillance, suspecting he was secretly orchestrating drug and sex trafficking at the tent city, according to a search warrant at the time.

City of Minneapolis emails, obtained by the FOX 9 Investigators, show he allegedly threatened to “shut down” a city homeless outreach worker who said Cross frequently uses intimidation tactics in the community.

On Monday night, the women took the camp back.

“You’ve got the nerve to suck up resources, turn the women who we are trying to help against us,” a woman shouted to Cross.

Neighbors and homeless advocates came together, demanding Cross leave. Minneapolis Police stood by and watched the scene play out.

At first, Cross just sat in a lawn chair and smiled. As the sun began to set, the crowd got bigger, louder, and angrier.

“Why didn’t anyone step in when the women were being raped in Powderhorn?” another woman yelled to Cross.

It was the kind of uprising Cross is famous for, but last night, he was on the receiving end and eventually was forced to leave the camp.

On Wednesday, Larsen and Cross spoke to FOX 9 about being asked to leave the camp.

Larsen said his probation officer instructed him to leave the camp because of the possibility children could be present. Larsen said the residents of the camp were fully aware he was a convicted sex offender.

“I sat down with them and told them I was convicted of criminal sexual conduct,” said Larsen. “They weren’t worried about it, because they knew I was there to protect them.”

His brother, James Cross, said he was thrown out of the homeless encampment Monday night because there is a turf battle among activist groups looking to control government grant money to support the homeless.

Natives Against Heroin received a $15,000 City of Minneapolis grant in 2018 to help with the homeless camp along Hiawatha Avenue.