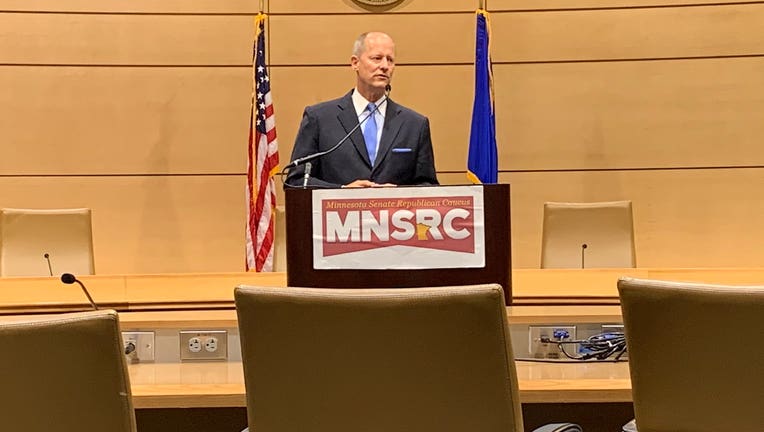 ST. PAUL, Minn. (FOX 9) - The Republican-controlled Senate voted 37-30 telling Gov. Tim Walz to defer to Minnesota school districts whether to reopen their buildings for the 2020-21 year.

Two Democrats, Sens. Paul Sparks of Austin and Kent Eken of Twin Valley, voted with all Republicans. The resolution does not carry the force of law.

Walz closed schools in mid-March for the rest of the 2019-20 academic year as part of his response to the coronavirus pandemic. The governor said last week a decision on fall classes would come by July 27.

"This is a clear vote so the Senate says, governor, you need to open up the schools. Kids need to get back in schools," Senate Majority Leader Paul Gazelka said.

Republicans then pushed back a vote on legislation creating a $25 million grant program for schools that reopen. The bill would allow districts to use the money for "ensuring ongoing student and staff safety and health, for ensuring students
receive basic and enriched educational services, and for ensuring prioritization of students who need additional services as a result of the 2019-2020 school year distance learning period."

"We haven’t had any way to vet this with school boards and others," said state Sen. Chuck Wiger, DFL-Maplewood. "They will tell you we need hundreds of millions to seriously address this."

Neither the resolution nor the funding bill is likely to pass the Democratic-controlled House, which has overwhelmingly backed Walz's handling of the pandemic.

Earlier in the day, the House voted 82-40 on a DFL-backed resolution declaring racism a public health crisis in Minnesota.

While most lawmakers voted either yes or no, several Republican members voted "pass" and avoided an up-or-down vote. Like the Senate measure, the House resolution does not carry the force of law.