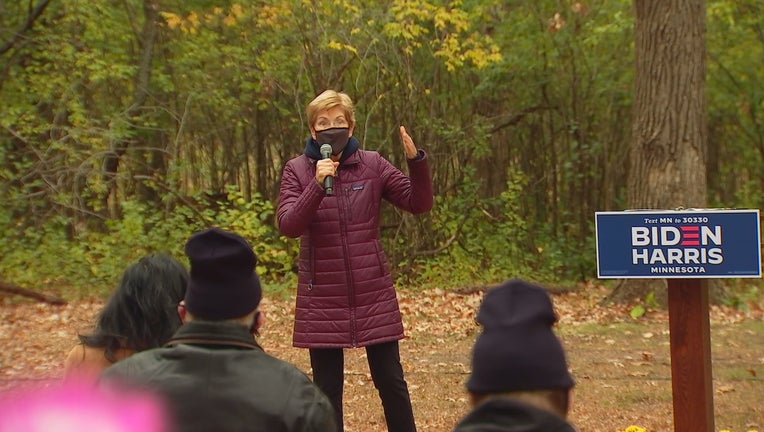 Warren appeared at three rallies on Sunday in Minnesota, including this stop in Brooklyn Park. (FOX 9)

Warren appeared at three rallies urging supporters to get out and vote, starting her day in Brooklyn Park. Both Biden and the president's campaigns have had a heavy focus on Minnesota and the Midwest in general this election cycle.

"You, Minnesota, are going to send Donald Trump packing and put Joe Biden in the White House," Warren told supporters.

The senator held two other voter registration events in Northfield and St. Paul.