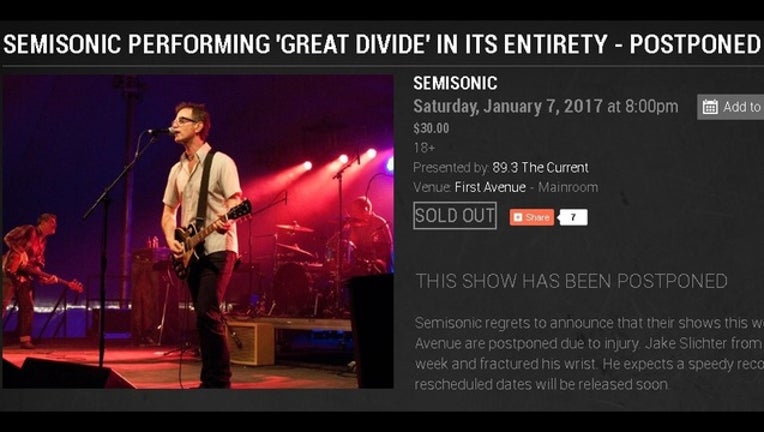 MINNEAPOLIS - Minneapolis alt-rock band Semisonic has postponed its Thursday, Jan. 5 and Saturday, Jan. 7 shows at the Turf Club and First Avenue after drummer Jacob Slichter slipped on the ice and broke his wrist.

According to a statement posted on the First Avenue show page: “Semisonic regrets to announce that their shows this week at the Turf Club and First Avenue are postponed due to injury. Jake Slichter from the group slipped on ice this week and fractured his wrist. He expects a speedy recovery and information on rescheduled dates will be released soon.”

The band is working with First Avenue to reschedule both shows. Ticketholders should hold on to their tickets for future use and can send any questions to info@first-avenue.com.

The Minneapolis band led by Dan Wilson is best known for their radio hit “Closing Time.”