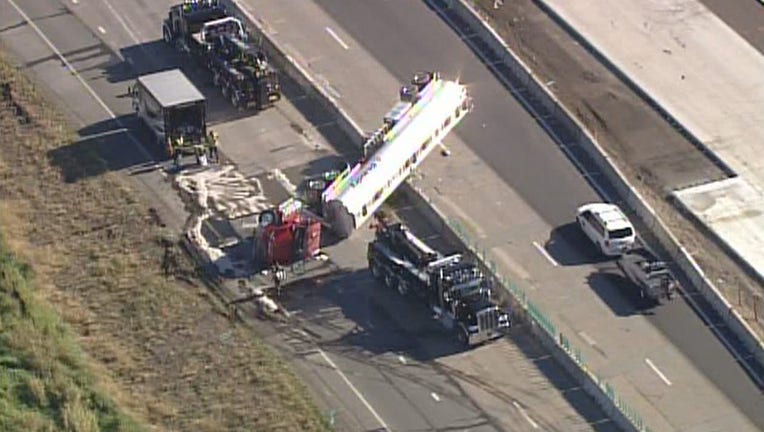 A semi rollover on I-94 in Albertville closed the interstate Monday afternoon.

ALBERTVILLE, Minn. (FOX 9) - I-94 was closed in both directions Monday after a semi hauling a tanker crashed near Albertville, Minnesota.

According to the Minnesota State Patrol, the crash occurred around 2 p.m. at Wright County Road 19 after the semi rolled over. The semi was heading westbound when the driver went off the road to the right. He overcorrected and tipped over on the driver's side of the truck. The trailer ended up on the concrete median.

Detours are in place at exits 194 and 202. The Minnesota Department of Transportation is asking the public to seek alternate routes around the crash.

The 52-year-old driver of the tanker suffered non-life threatening injuries in the crash.