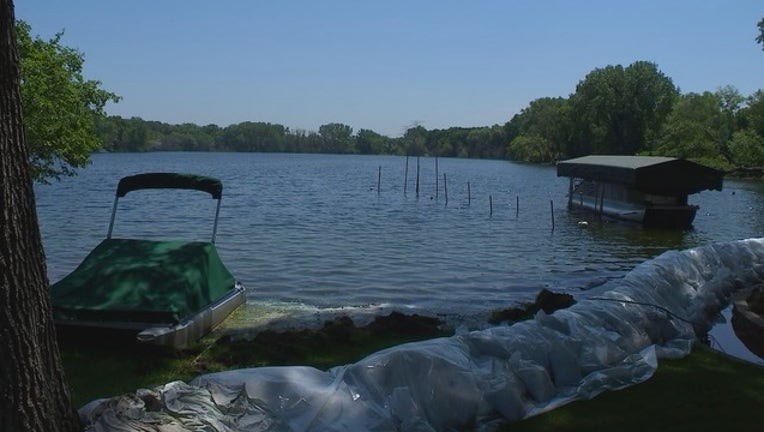 “At the end of the dock is where our shore used to be," said Angela Malone, a homeowner.

The lake sits behind Malone’s backyard. The body of water is at least 10 feet higher than normal.

“It’s like a bath tub that you forgot to turn off,” said Malone.

A landlocked basin with no outlet, city officials told FOX 9 lake levels have been rising for about seven years. This year’s snow melt and spring rains are exacerbating the issue.

“Our biggest concern is that it continues,” said Malone. “We keep trying to work with the entities, the water shed, the city, government officials. And they’re all responsive to listen, however action isn’t being taken.”

“It was coming up an inch and a quarter a day,” said Bertrand.

The city is providing him with sandbags to prevent lake water from flooding his home.

“It took a lot of work to get what we did and we lost it all,” he said.

“There should be a holding pond on the other end of our lake, and then we could pump water in there and then systematically get that water downstream into the chain of lakes,” said Malone.

Each rainfall sparks new fears with many residents looking to the city to do more before more land is underwater.

Little Canada so far has provided homeowners with more than 2,000 sandbags. The city says it’s currently working to develop a plan to protect existing structures and help mitigate adverse impacts. A community is meeting is planned for Wednesday.