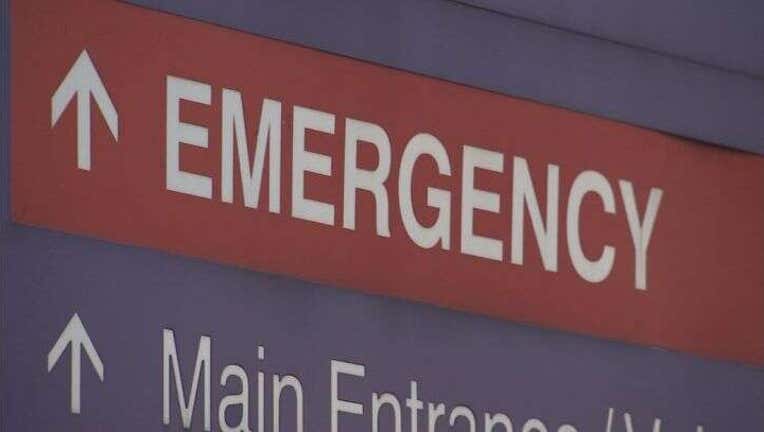 A sign directing the way to the emergency drop at a hospital. (FOX 9)

MINNEAPOLIS (FOX 9) - Every day, children across the country are seriously hurt or die from preventable injuries. Now, there’s an effort underway to help shine a light on the issue.

In the United States, bodily injuries remain the leading cause of death among children and teens. Now that so many children are distance learning, Hennepin Healthcare says emergency departments are seeing a rise in injuries at home.

Every day, children across the country are seriously hurt or die from preventable injuries. Now, there’s an effort underway to help shine a light on the issue.

“Definitely we are seeing more kids coming in either into physician offices or the emergency room,” said Julie Philbrook, a nurse at Hennepin County Medical Center.

Philbrook says that with the use of safety practices these injuries can be prevented.

“We have to do what we can to keep each other safe and it just shouldn’t be one day,” said Ivy Rogito, an Anoka High School student, who was seriously injured in crash.

Rogito was near her home five years ago when she was hit by a car.

“I vividly remember asking over and over again, ‘Is this real, is this actually happening right now?’” said Rogito.

The 17-year-old broke her right leg. It was months before she could walk again.

“We should try to keep each other safe all year round and just be mindful of what we’re doing, just be cautious,” she said.

November 18 marks the country’s first National Injury Prevention Day. To help raise awareness, Wednesday night in Minneapolis, the Lowry Bridge and Nicollet Mall are among a handful of landmarks across the country to be lit in green.

“Just like everything, I think that we've found new ways to do things to reach people,” said Philbrook.

A coalition of medical personnel from across the county is behind this new initiative. With the rise in COVID-19 cases in Minnesota, Philbrook says that the medical system right now is stretched, but says that shouldn't stop families from seeking medical care.