A team of international scientists looking for the origins of COVID-19 says the coronavirus most likely first appeared in humans after jumping from an animal.

An "escape mutation" shared by new coronavirus variants that may help it evade antibodies has raised concerns about the potential for reinfection and the efficacy of some vaccines. Infectious disease experts say as the virus naturally continues to evolve and mutate, it serves as a "powerful reminder" of the need to continually adapt the scientific response to stay ahead of the threat.

The E484K mutation, given the nickname "Eeek" by researchers, was first discovered in the South African variant (B.1.351), but now researchers are growing more concerned after finding it in the Brazilian variant (P.1) and, most recently, some cases of the U.K. variant (B.1.1.7) as well.

Spike proteins on the surface of SARS-CoV-2, the virus that causes COVID-19, are critical for the virus to bind to the body’s cells and replicate. E484K is in the spike protein and has been called an "escape mutation" by researchers because it appears to help the virus slip past the body’s immune response and make us sick, according to the British Medical Journal (BMJ).

The body makes antibodies against SARS-CoV-2, either from previous infection or vaccination. Research has suggested that the E484K mutation makes it harder for certain antibodies to neutralize the virus and prevent it from entering cells.

So far, only been 11 cases of the U.K. B.1.1.7 variant carrying the E484K mutation have been identified in the U.K., according to a report published by Public Health England.

Mounting evidence shows that the U.K. B.1.1.7 variant is more transmissible, so researchers are concerned about the implications of a faster-spreading virus variant with a mutation that appears to be better at evading immunity.

"The E484K mutation may weaken the immune response and also impact the longevity of the neutralizing antibody response. So B.1.1.7 variants carrying the E484K mutation may be more efficient at reinfection," Lawrence Young, a virologist and professor of molecular oncology at Warwick University, told the BMJ.

Will vaccines work against these mutating coronavirus variants?

Research on current COVID-19 vaccines has been found to be effective against the U.K. B.1.1.7 variant without the E484K mutation. Last week, researchers based at the University of Cambridge reported preliminary findings about the Pfizer-BioNTech vaccine against B.1.1.7 carrying the E484K mutation, which found that the vaccine is likely to be less effective.

"Of particular concern ... is the emergence of the E484K mutation, which so far has only been seen in a relatively small number of individuals. Our work suggests the vaccine is likely to be less effective when dealing with this mutation," said Professor Ravi Gupta, MD, PhD, who led the study.

Officials from both Pfizer and Moderna, the two vaccines currently being used in the U.S., have said they are working on booster shots to combat virus variants.

Preliminary results in a small study showed Oxford-AstraZeneca’s vaccine was only minimally effective against mild to moderate cases of the disease caused by the South African variant, which also carries the E484K mutation. The findings prompted South Africa to halt the use of the vaccine.

Other recent clinical trials by Novavax and Johnson & Johnson showed their vaccine candidates were effective in protecting against the most widely circulating strains of the virus and at preventing severe illness. But the shots were less effective in South Africa compared to the U.K. or U.S., presumably because of the high level of the South African variant carrying the E484K mutation.

Dr. Anthony Fauci, the government’s top infectious disease expert called the Novavax and Johnson & Johnson results overall "very encouraging," citing that severe disease was still handled reasonably well by the vaccines. He also noted how Johnson & Johnson’s vaccine is just one shot and easier to store — two important factors in the race to quickly vaccinate as many people as possible to prevent further mutations.

Still, Fauci said the results were a "wake-up call to all of us" as the virus continues to mutate.

Overall, infectious disease experts say a single mutation such as E484K is not expected to completely upend efforts to stop the pandemic and underscores the importance of researching the combined effect of multiple mutations.

"A mutation on its own may do one thing, but it may be potentiated by another mutation. That’s something which is kind of important here," said Dr. William Hanage, a Harvard University infectious disease researcher.

Hanage said it’s reasonable to suggest that some of the virus mutations "might reduce the efficacy of the vaccines a bit," but called the amount of immunity shown to be generated by the vaccines "really impressive."

"Vaccination is expected to be extremely helpful and still the cornerstone of what we should be doing," he said.

Race to detect mutant viruses in the U.S.

Infectious disease researchers have called for more genomic surveillance in the U.S. to track emerging variants. Doing so allows scientists to stay ahead of the threat, watching closely for mutations that might make the virus more infectious or more deadly.

The U.S. fell behind in the race to detect dangerous coronavirus mutations, with scientists blaming an absence of national leadership and coordination, plus a lack of funding and supplies for overburdened laboratories trying to juggle diagnostic testing with the hunt for genetic changes.

After the slow start, public health labs in at least 33 states are now doing genetic analysis to identify emerging coronavirus variants. Other states have formed partnerships with universities or private labs to do the work.

"There have been recent positive moves, and there has been an increase, but it has not been at the level that would be required in order to catch the imports and know about things early enough to make a difference," Hanage said. "We’re moving in the right direction, but we still have a ways to go." 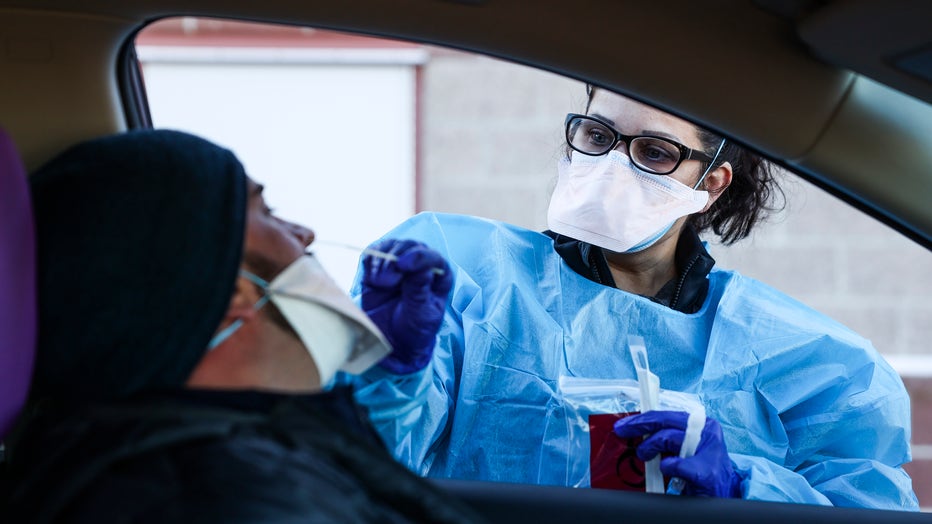 COVAX, a global vaccine initiative lead by the World Health Organization and the Coalition for Epidemic Preparedness Innovations (CEPI), said in a statement that the emerging variants "serve as a powerful reminder that viruses by their very nature mutate, and that the scientific response may need to adapt if they are to remain effective against them."

COVAX added in a statement that countries should enhance genomic surveillance and quickly share data "to allow for global coordination and response."

CDC officials say variants have not driven recent surges in overall U.S. cases. To date, about a dozen COVID-19 cases caused by the South African variant (B.1.351) and the Brazil variant (P.1) have been detected. But more than 900 cases of the U.K. variant have been reported across 34 states, and the agency has warned it could become the dominant strain in the U.S. by March if extra measures to stop its spread are not taken.