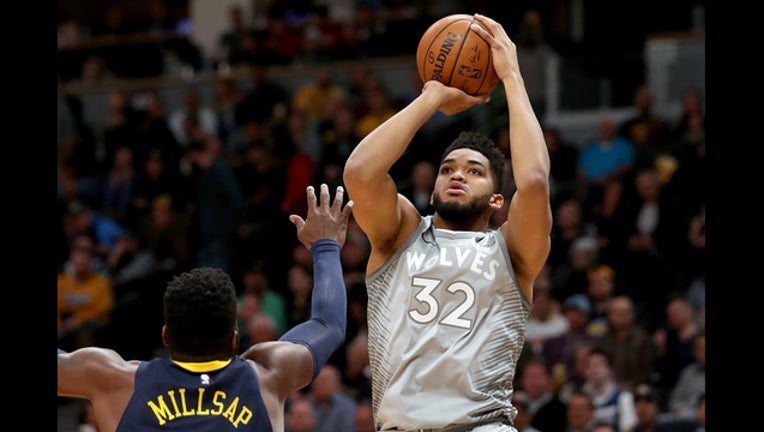 DENVER, CO - APRIL 05: Karl-Anthony Towns #32 of the Minnesota Timberwolves puts up a shot over Paul Millsap #4 of the Denver Nuggets at the Pepsi Center on April 5, 2018 in Denver, Colorado. (Photo by Matthew Stockman/Getty Images)

MINNEAPOLIS, Minn. (KMSP) - Karl-Anthony Towns has reportedly signed a five-year, $190 million extension to his contract to remain in Minnesota.

Towns posted a video that appeared to be related to the news on his Twitter Saturday night with the caption, "5 more."

The announcement comes just two days before the Timberwolves report for media day and training camp this week.