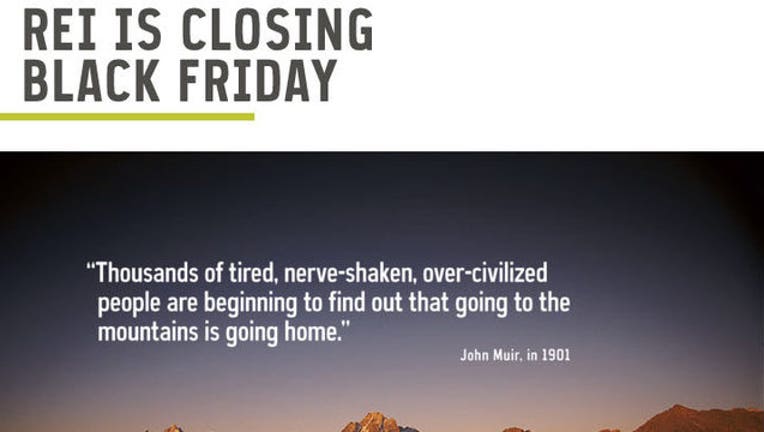 KENT, Wash. (AP) — Outdoor retailer Recreational Equipment, Inc., known as REI, has announced it will buck Black Friday and close its 143 stores on the Friday after Thanksgiving.

The Kent-based co-op told members the plan in an email Monday, saying instead of working they'll pay their employees on Nov. 27 to be outside.

REI also created the social media hashtag #optoutside and a website where people can share their outdoorsy plans for that day.

A $2 billion-a-year company, REI has been named by Fortune Magazine as one of the top 100 companies to work for.