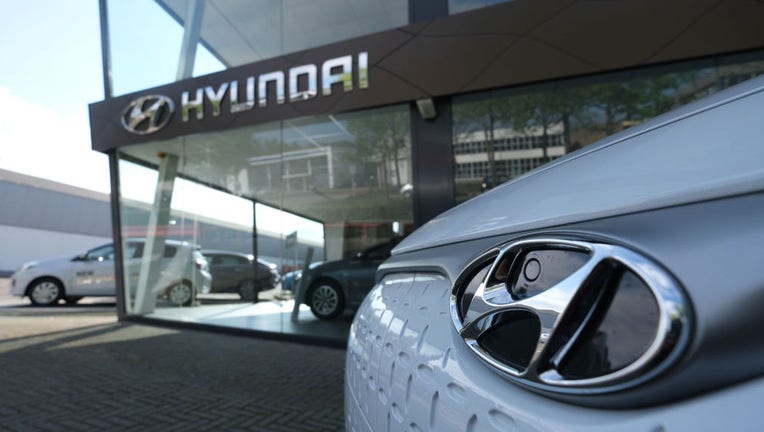 A logo of South-Korean car manufacturer Hyundai is pictured outside its dealership in 2020. (Yuriko Nakao/Getty Images)

DETROIT - Hyundai and Kia are telling owners of some of their large SUVs to park them outdoors and away from buildings after a series of fires involving trailer hitch wiring.

RELATED: Hyundai, Kia recall: Owners of 485K vehicles told to park outside due to fire risk

In documents posted Tuesday by the U.S. National Highway Traffic Safety Administration, the companies said debris and moisture can accumulate in a circuit board in the tow hitch wiring. That can cause an electrical short, which can lead to a fire.

In addition, dealers from both automakers have stopped selling the affected SUVs until repairs are made.