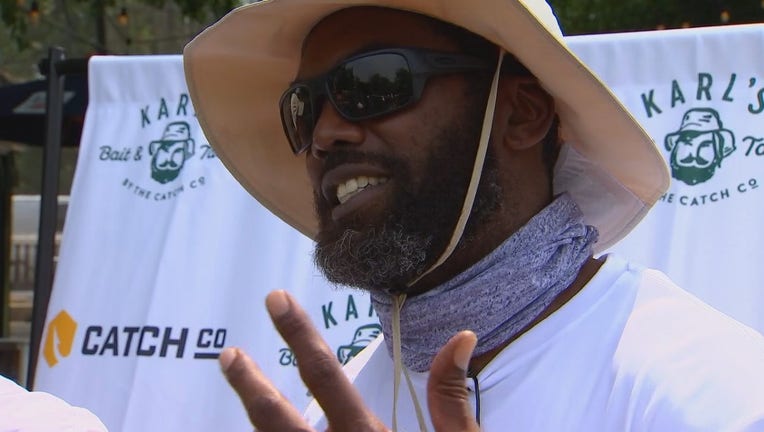 Randy Moss hosted a fishing event to raise money for a good cause and remember his friend Sid Hartman.

(FOX 9) - Following a hall of fame career on the field, the water is where you’ll find Vikings legend Randy Moss these days.

"Just getting out here and seeing some familiar faces is a good day for me," Moss said on Lake Minnetonka.

Randy Moss hosted a fishing event to remember his friend Sid Hartman and raise money for a good cause.

Moss said he wanted to remember Sid Hartman, and that’s when he got hooked on an idea.

Sid’s grandson, Quintin, lives with DYRK1A syndrome. All of these proceeds from this charity event are going to more research to help Quintin and others.

"Anywhere from 300 to 500 people on the planet have it," Chad Hartman said, explaining the rarity of DYRK1A. "You’re on the autism spectrum, you have seizures, you have failure to thrive."

"My father loves all his grandsons, but to help out Quintin and kids of families like Quintin, that’s just spectacular," Chad added.

As a veteran journalist and a star athlete, Moss and Hartman could be viewed as Minnesota’s odd couple.

"There would be times when I was sitting in the back watching these two and shaking my head going, ‘How in the heck does this work’?, but it worked beautifully," Chad Hartman said.

It was a relationship that was truly one of a kind.

"It was just more of a mutual respect, like I’m here for you," Moss said of his relationship with Sid Hartman. "He always told me when I was wrong, but he always praised me when I was right. That’s what friends do."

A respect born from football is now flourishing through fishing.

"This is a day we’re going to remember for a long time," Chad Hartman added.