There was a second night of protests in the Twin Cities following the release of former Minneapolis police officer Derek Chauvin.

ST. PAUL, Minn. (FOX 9) - Protesters took to the streets of St. Paul to protest the release of former Minneapolis police officer Derek Chauvin after he posted bail on Wednesday.

Hundreds of people gathered in the 600 block of University Avenue in St. Paul Thursday night. The 10K Foundation organized the event with Justice Squad, Families Supporting Families and Visual Black Justice. Protesters could be seen carrying gravestone signs bearing names of those who died following encounters with police or law enforcement. 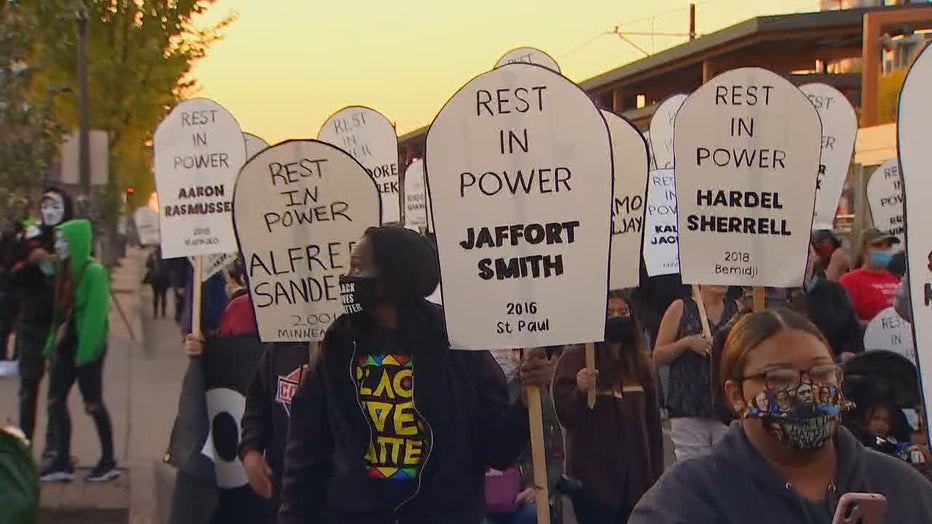 Around the same time Thursday night, another protest over Chauvin's release took place at the Hennepin County Government Center in downtown Minneapolis.

Wednesday night, there was a peaceful protest in Minneapolis, which started at 38th and Chicago, where George Floyd was arrested. After that march ended, some protesters gathered outside of Minneapolis police's 5th Precinct and tension escalated, leading to the arrests of 51 people.