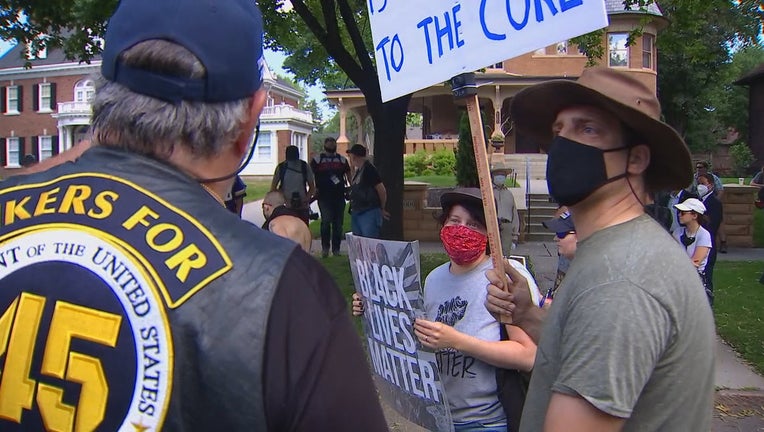 ST. PAUL, Minn. (FOX 9) - Two protests faced off on Saturday outside the Minnesota Governor's Residence in St. Paul, as Minnesota considers the future of policing.

Protesters with Black Lives Matter lined up opposite of a "Back the Blue" rally backing police officers.

Two counter-protests faced off on Saturday outside the Minnesota Governor's Residence in St. Paul.

The pro-police rally was met with a counter-protest of those in favor of abolishing the police. The protests remained relatively peaceful, but with such heated debate, there were some intense moments.

"We just want to support the police, that’s all," said Emily Hartigan-Stein with Bikers for 45. "Let us do that and, well, let you do what you need to do."

Emily Hartigan-Stein and her biker organization that supports President Trump helped put together the pro-police rally as a way of speaking up for those that have been relatively quiet since the protesting began. 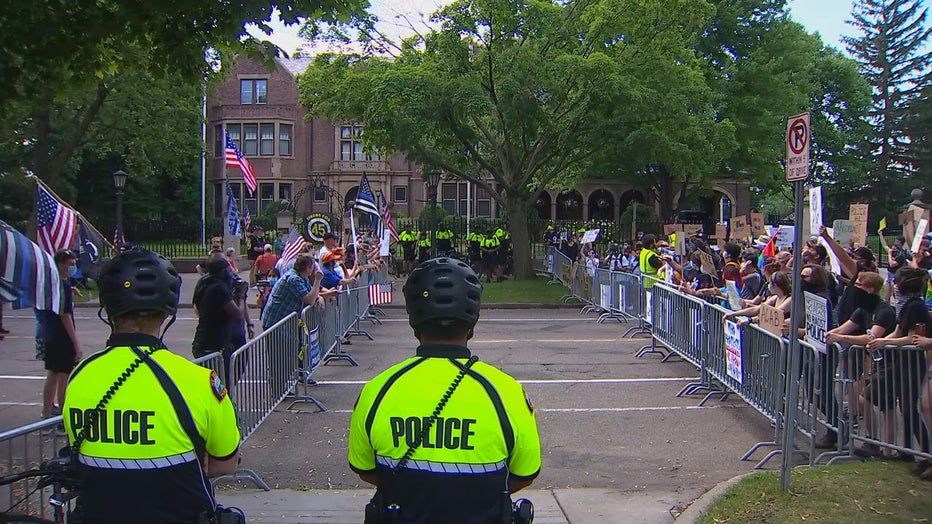 "I get people are scared to speak up because it's not a popular subject," she explained. "I'm all for police reform. There are a ton of things that need to be changed."

While both sides agree there needs to be police reform, it’s the opposition, the anti-police protesters that have been the loudest following the death of George Floyd, a turning point that has ignited the call for change.

"We're not here to burn down the governor’s mansion," said Matt Allen. "We're here to tear down the system."

As the City of Minneapolis gets one step closer to abolishing its police department, protestors believe more need to follow suit.

"Too many black people have died at the hands of the police," said Stacy Randle, who joined the Black Lives Matter protest. "We say 'there is going to be reform,' but it keeps happening over and over and over again. It doesn't stop, so something needs to be done."

But, those in favor of law enforcement feel getting rid of police all together is not the answer.

"Then we're going to have more chaos and riots in the streets that is just anarchy and chaos," said Hartigan-Stein. "I don’t want that. I want my city back."