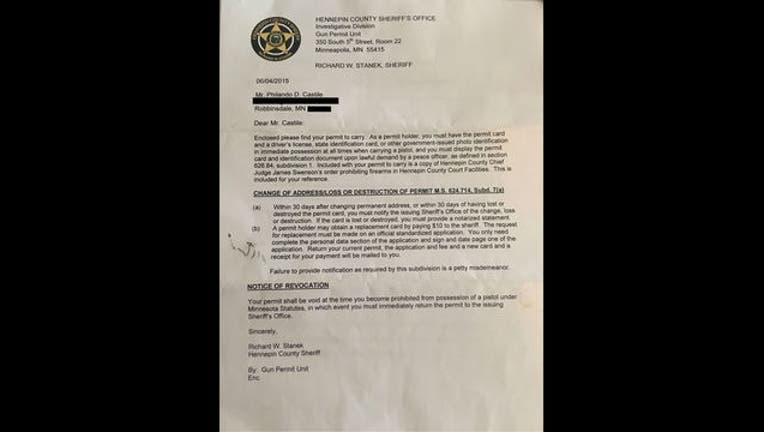 MINNEAPOLIS (KMSP) - The family of Philando Castile has shared a copy of his permit to carry letter with Fox 9. The permit was issued by Hennepin County on June 4, 2015.

Philando Castile was shot and killed during a traffic stop on July 6. Castile's girlfriend, Diamond Reynold, started live-streaming on Facebook moments after the shooting. In the video, she says Castile had a permit to carry a firearm and informed the officer of his status.

"We got pulled over for a busted tail light in the back. And the police just – he's, he's covered. They killed my boyfriend. He's licensed – he's licensed to carry," Reynolds said. "He was trying to get out his ID and his wallet out of his pocket and he let the officer know that he had a firearm and he was reaching for his wallet. And the officer just shot him in his arm."

St. Anthony Police Officer Jeronimo Yanez was identified as the officer who shot Philando Castile. Officer Yanez has been placed on administrative leave.

IN-DEPTH: Minnesota's permit to carry law and how it applies to Philando Castile

To get a permit to carry a firearm, you have to be at least 21 years old and you have to have completed a firearms training course. The permit holder must carry that permit and a driver's license with him or her at all times when they're carrying that firearm -- and according to statute, "must display the permit and identification document upon the lawful demand of a peace officer." 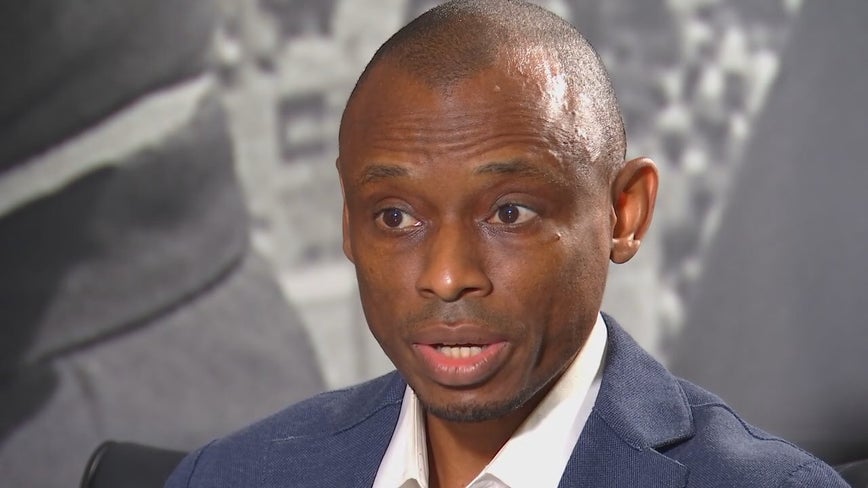