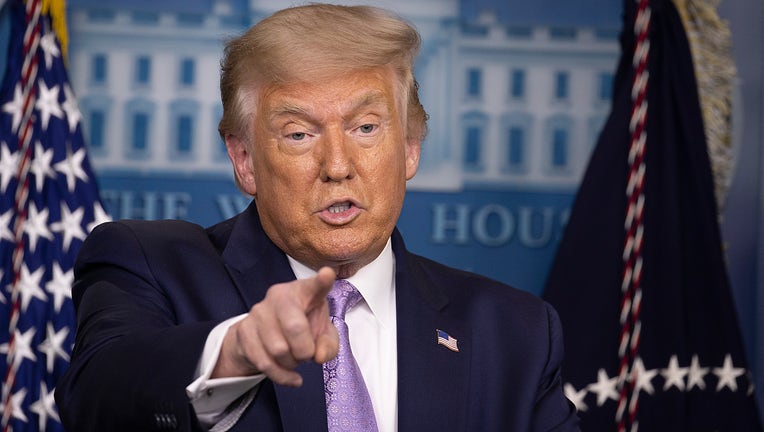 WASHINGTON, DC - AUGUST 13: U.S. President Donald Trump speaks during a briefing at the White House August 13, 2020 in Washington, DC. Trump spoke on a range of topics including his announcement earlier in the day of a new peace deal between Israel a (Tasos Katopodis/Getty Images / Getty Images)

The president is scheduled to speak at the Mankato Regional Airport at 2 p.m. as part of a three-state swing of tarmac speeches he is giving in Minnesota, Wisconsin and Arizona that day, according to the Trump campaign.