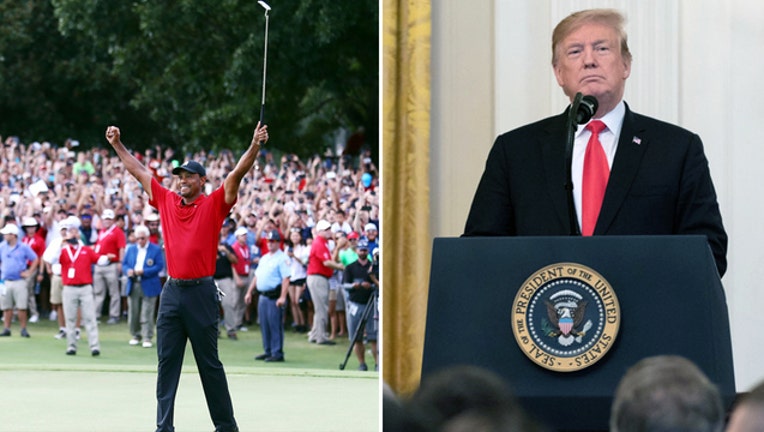 Trump tweeted Monday that he spoke to Woods and congratulated him on "the great victory" and "to inform him that because of his incredible Success & Comeback in Sports (Golf) and, more importantly, LIFE, I will be presenting him with the PRESIDENTIAL MEDAL OF FREEDOM!"

Trump didn't say when a ceremony will be held. The medal is the nation's highest honor for a civilian.

The president is an avid golfer who played a round with Woods at Trump's golf club in Jupiter, Florida, in February. He watched the Masters from his Virginia golf club on Sunday.