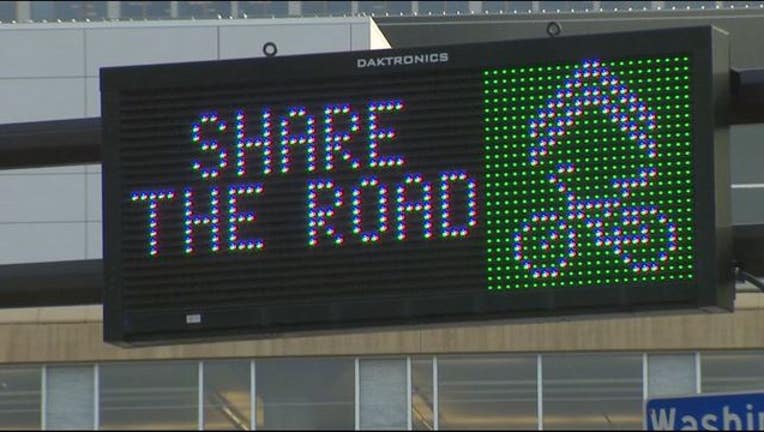 WOODBURY, Minn. (KMSP) - Woodbury police confirm distracted driving was a factor when a 14-year-old boy riding his bike was struck by a car Friday morning near Lake Middle School. The boy was riding his bike across Pioneer Road in a labeled crosswalk when he was hit.

The boy was conscious but suffered significant injuries and was taken to Regions Hospital in St. Paul. Charges against the driver – a 24-year-old woman from Stillwater – are pending. Police said the driver was suspected of using a phone at the time of the crash. If you text and drive, please read this

The intersection of Bailey Ridge and Pioneer Road is just south of Lake Middle School. There are no crossing guards at the intersection.