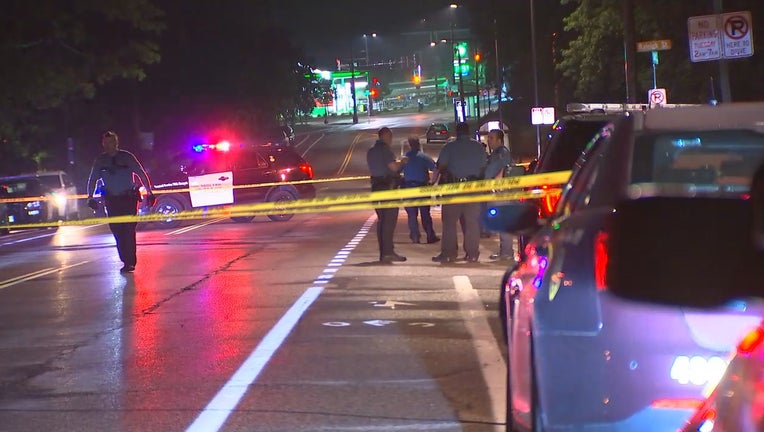 St. Paul police are investigating after a woman was shot during an apparent armed robbery early Tuesday morning. (FOX 9)

ST. PAUL, Minn. (FOX 9) - St. Paul Police are investigating an armed robbery in which one of the suspects was shot and hospitalized.

According to St. Paul Police, officers responded to an apartment on the 2000 block of Como Avenue just before 2:45 a.m.

Upon arrival, police interviewed witnesses who say they saw a woman shot in the chest and back. She was taken to surgery at Regions Hospital, but is expected to survive.

During the investigation, police discovered several suspects entered the apartment with a gun and pointed it at people inside while the other suspects stole items.

As they were trying to get away, shots were fired by someone and one of the suspects was struck. She was taken to the hospital by private vehicle.