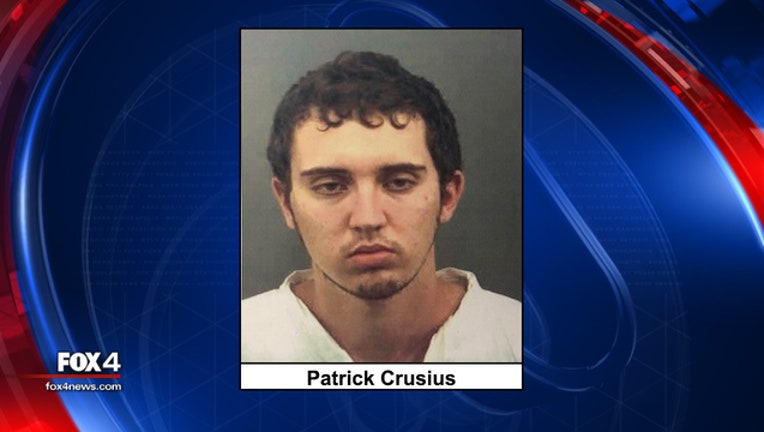 EL PASO, Texas (AP) - Authorities say the 21-year-old man accused of carrying out the deadly mass shooting at an El Paso Walmart confessed after surrendering and said he had been targeting Mexicans.

El Paso Detective Adrian Garcia said in an arrest warrant affidavit that Patrick Crusius emerged with his hands up from a vehicle stopped at an intersection shortly after last Saturday's attack and told officers, "I'm the shooter."

He says Crusius later waived his Miranda Rights and agreed to speak with detectives, telling them he was targeting Mexicans during his attack.

Twenty-two people were killed in the attack and about two dozen others were wounded. Many of the dead had Latino last names and eight of them were Mexican nationals. El Paso sits on the border with Mexico.

More than two dozen people were wounded in the attack. The suspected gunman, 21-year-old Patrick Crusius, of Allen, Texas, has been booked on capital murder charges.

Police Sgt. Robert Gomez said most of the victims were inside the store.

KDFW-TV reported Crusius’ grandparents issued a statement Sunday saying they were "devastated" by the rampage.

Allen is more than 600 miles from where Saturday's rampage occurred. The FBI says the suspect didn't have any contacts in El Paso.

Federal authorities said they are weighing hate-crime charges against the suspected gunman El Paso that could carry the death penalty.

The shootings in Texas and Ohio were the 21st and 22nd mass killings of 2019 in the U.S., according to the AP/USA Today/Northeastern University mass murder database that tracks homicides where four or more people killed — not including the offender.

Including the two latest attacks, 126 people had been killed in the 2019 mass shootings.

Since 2006, 11 mass shootings — not including Saturday's — have been committed by men who are 21 or younger.