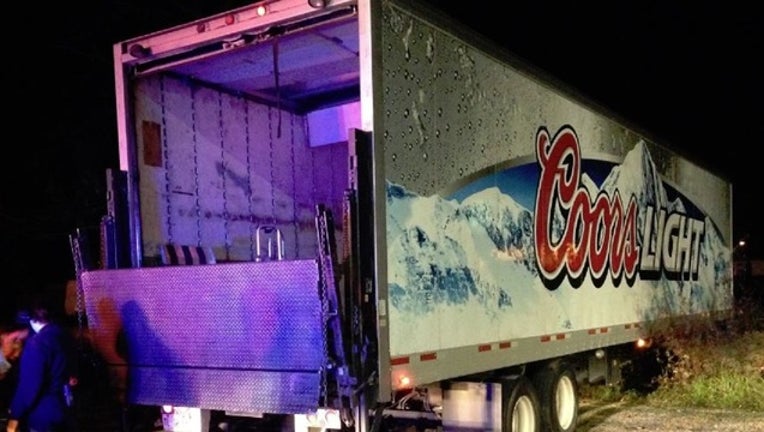 COLUMBUS, Ga. - Police arrested a 55-year-old man after they said he stole a beer truck and led them on a high-speed chase.

WTVM-TV reported that the man, identified by police as Gregory Miller, was rushed to the hospital after crashing into a fence and trying to run away from the scene. Police said Miller forgot to pull the parking brake on the Coors Light beer truck which caused the truck to run over his leg as he tried to get away.

Police believe the driver left the beer truck running during a delivery.