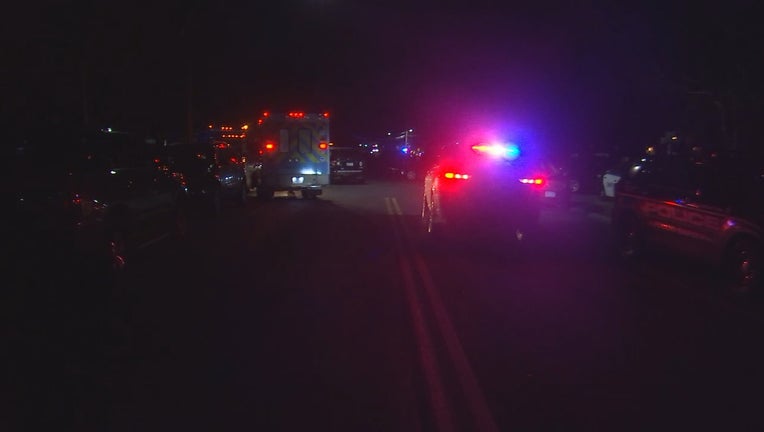 Authorities are responding to an armed and barricaded suspect at a New Brighton home. (FOX 9)

NEW BRIGHTON, Minn. (FOX 9) - A man is in custody Thursday after an hours-long standoff with police and SWAT officers in New Brighton, Minn. Overnight.

According to New Brighton Police, a woman called police at 7 p.m. Wednesday night reporting that her boyfriend was destroying her property and had hit her at a home on Long Lake Road.

The boyfriend refused to let the woman leave the house and had made previous threats against law enforcement and had access to guns. The woman said her boyfriend was threatening to shoot if police were called and had a shotgun.

Officers and Ramsey County SWAT responded to the scene and the woman was able to escape through a window.

When she fled the residence, the suspect began firing at the SWAT officers who returned fire. No officers were hit during the exchange and the woman was safely removed from the scene.

SWAT teams surrounded the house and negotiators tried to contact the man inside on the phone. He hung up and apparently turned his phone off, however.

SWAT teams deployed chemical munitions to try and force the man to surrender until they eventually entered the house just after 5 a.m.

Upon entry, officers found the man hiding in the basement uninjured. He was arrested and transported to Regions Hospital before being booked at the Ramsey County Jail.

The Ramsey County Attorney’s Office will file criminal charges against the man.