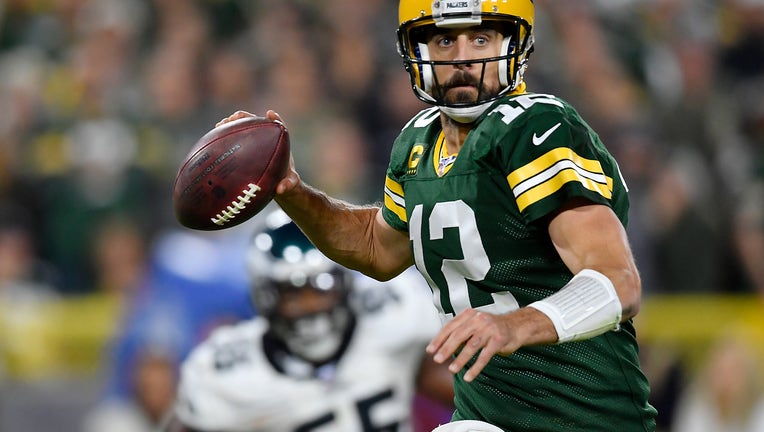 GREEN BAY, WISCONSIN - SEPTEMBER 26: Aaron Rodgers #12 of the Green Bay Packers looks to pass the football in the fourth quarter against the Philadelphia Eagles at Lambeau Field on September 26, 2019 in Green Bay, Wisconsin. (Photo by Quinn Harris/Ge (Getty Images)

MILWAUKEE (AP) - Milwaukee police say they arrested a 58-year-old man who accidentally shot a 70-year-old man while they were watching the Packers-Eagles game with friends at an apartment Thursday night.

Inspector Daniel Thompson says the investigation indicates that the 58-year-old was moving or adjusting his gun from his waistband area when it went off. The 70-year-old victim suffered a non-life-threatening wound to his right arm. He was taken to a hospital for treatment.

The police spokesman says the suspect is a convicted felon for a 1978 offense and was arrested at the scene.