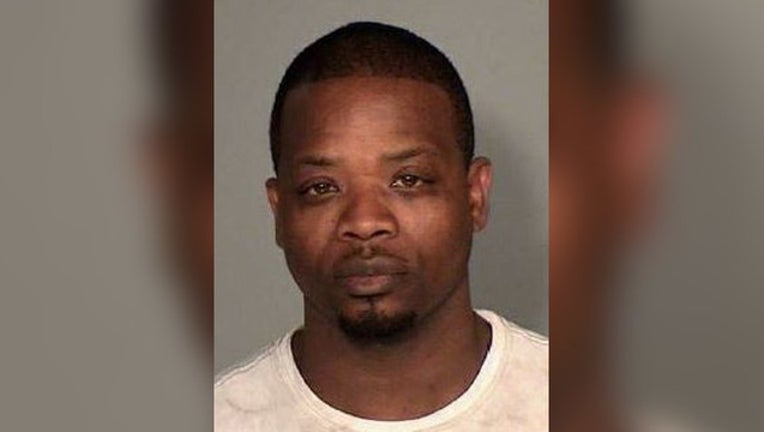 ROSEVILLE, Minn. (FOX 9) - Police are asking for help finding a suspect who is charged in a hit-and-run crash that left a man dead last week in Roseville, Minnesota.

At about 2 a.m. on July 22, police were dispatched to the 2500 block of Cleveland Avenue on a report of a man and woman arguing, according to the Roseville Police Department.

When they arrived, officers found a man lying in the southbound lane of Cleveland Ave. suffering from life-threatening injuries.

Officers immediately provided emergency medical assistance, but the man was pronounced dead at the scene. He has been identified as 23-year-old Michael James Strong of Minneapolis.

Officers also located Strong's girlfriend a few blocks away who said she and Strong had been arguing and she walked away to calm down. She also said they had been drinking and that after they parted ways, he said something like, "I want to die, I want to kill myself."

According to police, a semi-driver reported he was northbound on Cleveland Avenue when he saw Strong lying in the road. He then saw an SUV approaching southbound on Cleveland, so he honked his horn and flashed his lights to try to alert the other driver; however, the SUV ran over Strong.

The driver of the SUV initially stopped, but fled the scene without identifying himself as officers provided emergency medical care to the victim.

Through surveillance video and witness statements, officers were able to locate the SUV, a 1997 Chevrolet Tahoe, at a motel. A witness staying in the same motel room as the driver confirmed that Daniel Alexander Jennings struck someone with his car the night before.

Police said Jennings spoke with detectives on the phone and admitted to running something over in the area of Cleveland and Oakcrest on his way home from work. He stopped and learned from witnesses that he had struck a person. Jennings admitted he left the scene as officers arrived and were providing aid to Strong.

Jennings agreed to meet with detectives, but he never showed up. As of July 31, Jennings has yet to be located.

Jennings is charged with failing to remain at the scene of a fatal collision.

Anyone with knowledge of Jennings’ whereabouts or any information related to this case to call the Roseville Police Department at 651-792-7008 or submit a tip online at cityofroseville.com/3194/Crime-Tips.