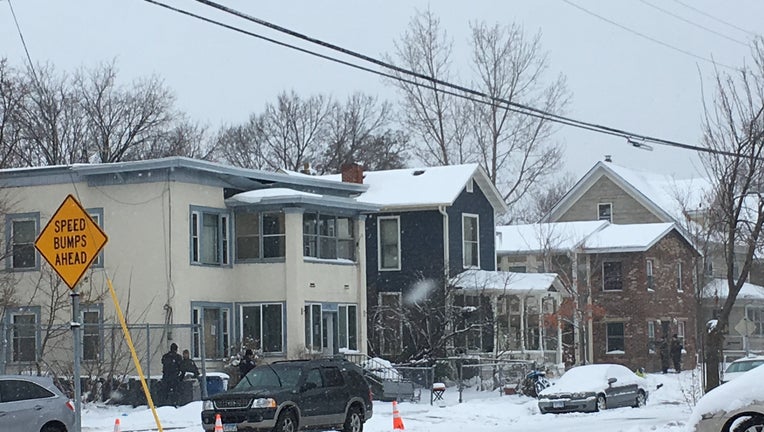 Police are responding to a situation on the 2700 block of Oakland Avenue South in Minneapolis.

MINNEAPOLIS (FOX 9) - Two boys, a woman, and the suspected gunman are dead Sunday after shots rang out in south Minneapolis Sunday morning.

Police were called just after 10 a.m. to 2700 block of Oakland Avenue in the Phillips neighborhood for the report of shots fired.

Police: 4 dead, including 2 boys and the suspected gunman, after Minneapolis shooting

Two boys, a woman, and the suspected gunman are dead Sunday after shots rang out in south Minneapolis Sunday morning.

At the home, officers found two boys had been shot in the front yard. Officers also heard more gunshots from the home. Risking their own lives, police say the responding officers ran towards the home to help the boys.

"Officers at their own peril, without any cover, went to those children," explained Minneapolis police spokesperson John Elder, "and were able to get those two children into waiting squad cars."

Officers took the boys to a safer area and started rendering aid until paramedics were able to respond. Sadly, both boys were pronounced dead.

Around 2 p.m., police made entry into the home after being unable to make any contact with the gunman. Using a robot equipped with a camera, police were able to see what was happening inside the home.

Police: Suspected gunman found dead after shooting that killed 2 boys and a woman at Minneapolis home

A suspected gunman is dead after police say he opened fire in Minneapolis on Sunday, killing two boys and a woman.

Inside, SWAT team members found a woman dead along with a deceased man, who officers believe is the shooter.

At this time, officers say the scene has been secured. Investigators from the crime lab are now reviewing the crime scene and the investigation is underway.

Police say they are unable to comment on the relationships of the victims and suspect but call it a "domestic-related" shooting. FOX 9 spoke with a neighbor who said he was familiar with the family and the kids.

Sunday, we heard from a neighbor who said he knew the family and was home when he heard the shooting.

"I heard pop-pop-pop, you know, like that," said Rod Knutson. "I looked out my window, and I saw the two kids... one laying here [motioning] and one laying there, laying flat. They were blinking their eyes and everything. I thought they just slipped or something. I had no idea what to think."

"When you see something like that, it changes you," Knutson added. "I'm never going to forget it."

Officials say the tragic nature of the shooting is weighing heavy on officers.

"My heart, and the hearts of the Minneapolis Police Department, goes out to our victims and our victims' family members," said Minneapolis Chief Medaria Arradondo. "Any time we lose our community members, and particularly our children, to such violence, it makes us all feel very horrible and today is a very sad day for our city."

This is a developing story and will be updated as new information is released.