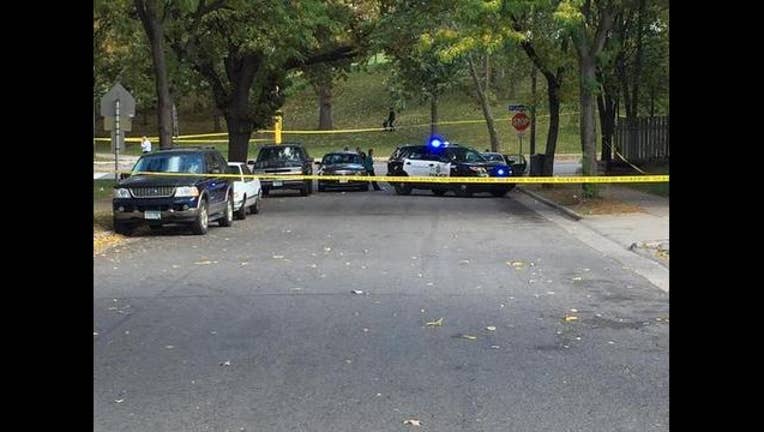 Police near the scene of a shooting at 27th and Lyndale in north Minneapolis. Photo by Ted Haller / Fox 9.

MINNEAPOLIS - Minneapolis Police Department spokesperson John Elder confirmed a man the shot inside of a near the intersection of 27th Avenue N. and Lyndale Avenue N. Thursday afternoon has died.

The shooting was reported just before 2 p.m. Police said 4 people were inside the car at the time of the shooting, including a baby. The shooting victim was taken to North Memorial Medical Center, where he is in critical condition. No other passengers were injured.

This is the second shooting in the neighborhood in the past 24 hours. At 6:20 p.m. Wednesday, a fight at 30th Avenue N. and Emerson Avenue N. led to a deadly shooting.