After pulling the plug on his annual holiday light show in Plymouth last year, Mike Justak of PD Shimmers is back with a Halloween projection show to raise awareness and funds for Parkinson's disease – something he's battled for nearly two decades.

PLYMOUTH, Minn. (FOX 9) - After pulling the plug on his annual holiday light show in Plymouth last year, Mike Justak of PD Shimmers is back with a Halloween projection show to raise awareness and funds for Parkinson's disease – something he's battled for nearly two decades.

Justak, 65, was diagnosed with early-onset Parkinson's disease in 2004, when he was 46 years old. A few years later – without any formal training – he created a holiday light show synchronized to music. The show PD Shimmers is named for the shimmer of a light bulb, which Justak says is the equivalent of a Parkinson’s tremor.

Each year, the light show grew, eventually spanning eight homes and featuring 58,000 lights. The show drew people from around the Twin Cities and became a beloved tradition for many families around the holidays.

He started the light show as a way for him to remain active and inspire those with Parkinson's, as well as raise awareness and funds for the disease. But it ended up saving him, becoming his lifeline, as he worked on the show year-round.

As his Parkinson's disease progressed, it made it difficult for Justak to put on the show each night. He contemplated pulling the plug for years, and in 2021, he decided it would be his final year.

But Justak couldn't just stop cold turkey – anyone who knows him is not surprised he's doing something this year – so he's traded his 58,000 bulbs for a projection bulb. He taught himself about projection mapping and settled on Halloween, a time of year that's warmer, so it's easier on his body compared to the winter. 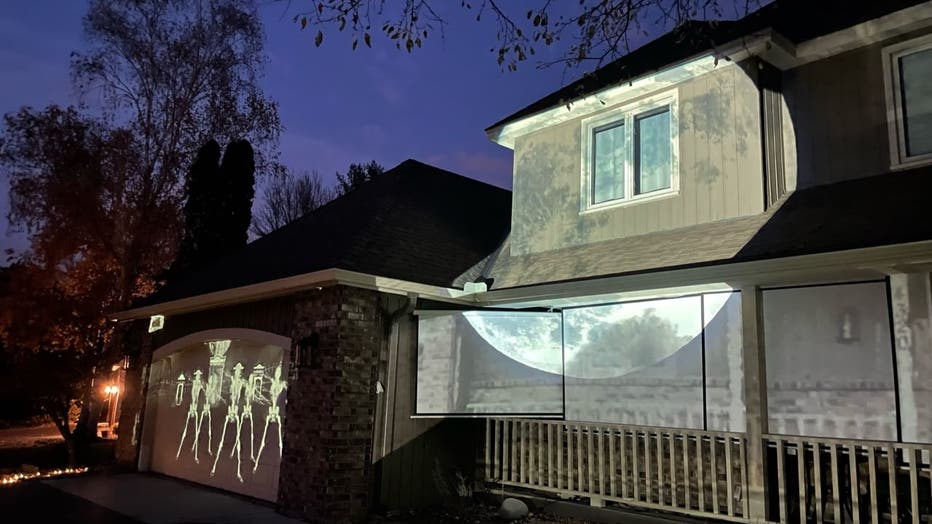 The Halloween projection show will run from 7-9 p.m. on 10-minute intervals from Oct. 27-30 on his home at 4320 Ithaca Lane North in Plymouth. Justak encourages people to get out of the cars and stand in his yard (staying behind the strand of Christmas lights) to enjoy the show.

The light show is free to attend, but he'll be accepting donations to benefit the Mike Justak Foundation for Parkinson's Disease. You can donate online here or by texting FIGHTPD to 44321.