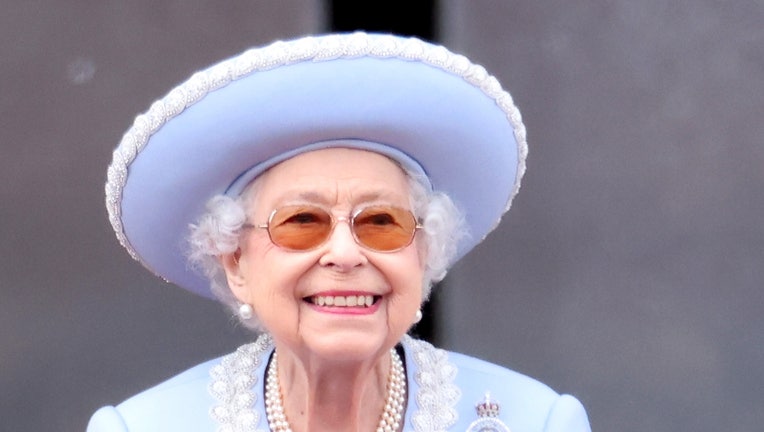 LONDON - Queen Elizabeth II will not attend a church service to mark her Platinum Jubilee after experiencing "discomfort" at events on Thursday, Buckingham Palace says.

The palace says that with "great reluctance" the 96-year-old monarch has decided to skip Friday’s service at St. Paul’s Cathedral. The UK is celebrating the queen's Platinum Jubilee, marking 70 years on the throne, from June 2-June 5.

The palace says "the queen greatly enjoyed today’s Birthday Parade and Flypast but did experience some discomfort."

At the time of her birth, Elizabeth's family did not expect she would become the queen of England at just 25 years old.

Elizabeth, who became queen at 25, is Britain’s longest-reigning monarch and the first to reach the milestone of seven decades on the throne.

The four days of pomp and circumstance surrounding the Jubilee began Thursday with Trooping the Color — a military parade that has marked each sovereign’s official birthday since 1760. The Jubilee celebrations will also include Friday's church service, The Derby at Epsom Downs, a Platinum Party featuring Sir Elton John and Rod Stewart, the Big Jubilee lunch events, and the grand finale: the Platinum Jubilee Pageant.