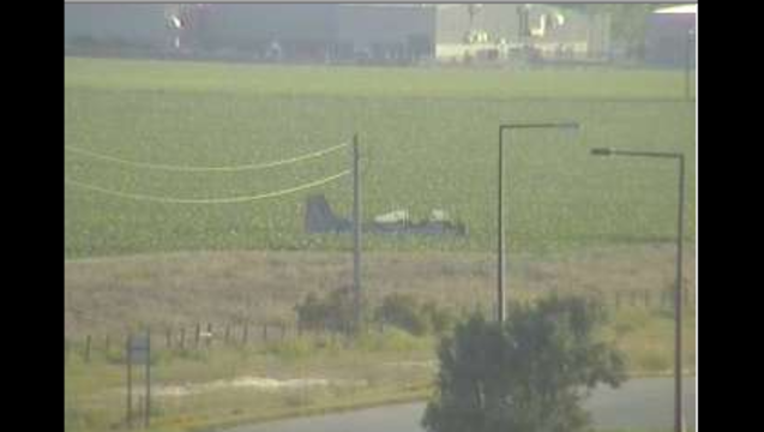 (KMSP) - The pilot of a two-person plane is dead after the vintage plane crashed in a cornfield near the Moorhead airport, off of I-94.

Authorities responded to calls just after 6 p.m. of a crashed plane. According to a statement by the Clay County Sheriff's office, the cornfield hindered the process of responders getting to the plane easily.

Upon arrival, authorities found fuel leaking from the engine, but it was quickly stopped.

It is still not clear if the plane was mid-flight or had just taken off, authorities are investigating the incident.

The pilot was alone in the plane when it crashed.