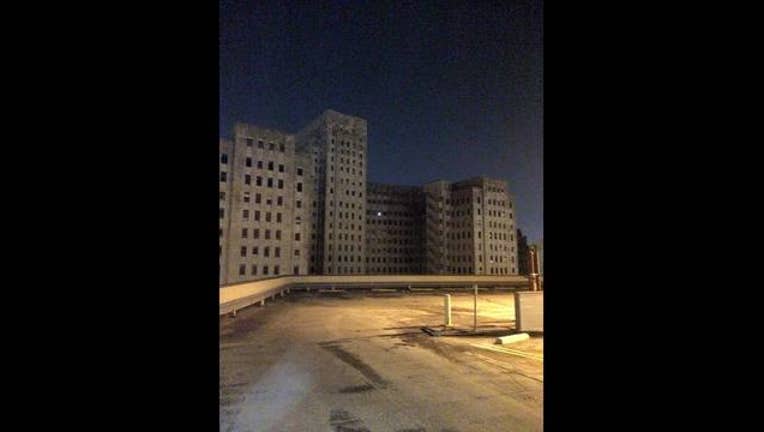 NEW ORLEANS (KMSP) - Peculiar photos of an abandoned hospital room in New Orleans have been circulating on social media. Charity Hospital has been closed since Hurricane Katrina hit in 2005, but a woman who works at Tulane Medical Center across the street saw something unusual a few nights ago -- a lit Christmas tree.

"It's really pretty and little creepy," reads a Facebook post from a man who saw the original photo and went to investigate himself. "It gave me chills when I saw it and of course made me think of my brother, who passed away at charity hospital."