The kitten was selected after the department “interviewed” about five candidates with Jen’s Kitty Rehab, a local nonprofit dedicated to rescuing cats, police said.

FORT SMITH, Ark. - A rescue kitten has become the newest member of a police department in Arkansas, whose duties include but are not limited to looking cute and bringing happiness to his community.

“Introducing our Pawfficer, the newest member of the FSPD Team,” the Fort Smith Police Department shared on Facebook. “In the next several days, we will be compiling names for our furry friend. We will be asking for the public to help us pick the purrrrfect name.”

The kitten was selected after the department “interviewed” about five candidates with Jen’s Kitty Rehab, a local nonprofit dedicated to rescuing cats, police said. 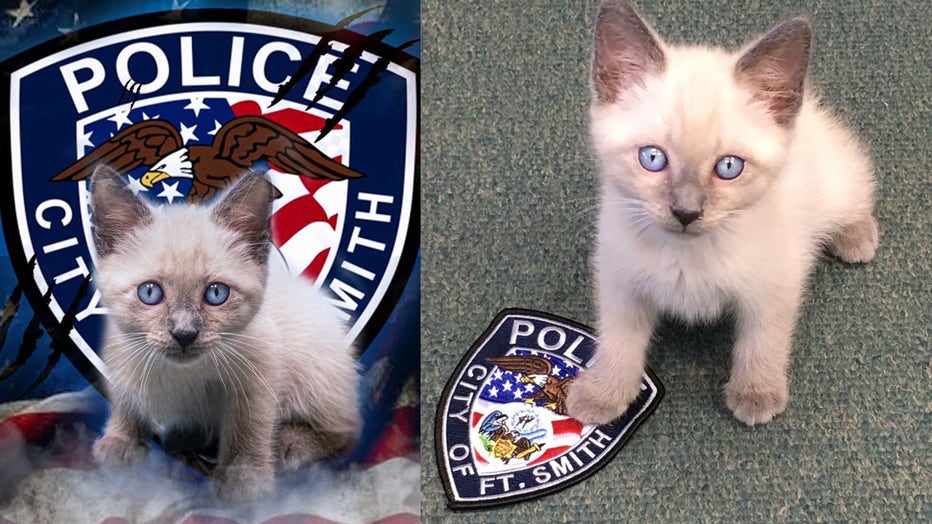 Fort Smith officers hope its new recruit will help the department better connect with its citizens.

“He will attend community and special events and generally be an online presence that will allow us to take a more informal approach to subjects that affect our community,” the department said. “The entire project is designed to make the department more approachable and convey the lighter side of the department and what it means to be a police officer.”

The department also hopes that its new “pawfficer” can serve as an example of responsible pet adoption and encourage others to do the same.

As far as the lucky kitten’s name, the police department plans to ask the public for help via a Facebook poll later this week. The current front runners are: Blue, Cuffs, Fuzz, Sir Purrs-a-Lot and Paws.

RELATED: After responding to wreck, deputy adopts kitten found inside car and names her ‘Crash’