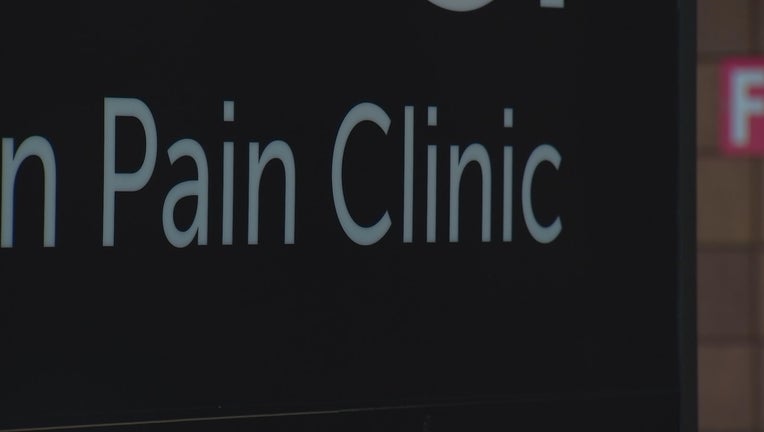 LE SUEUR, Minn. (FOX 9) - “When it goes off, it's similar to an electric fence," explained Dan Lawrenz. "It's pretty intense pain.”

Dan Lawrenz of Le Sueur, Minnesota says his wife, Patti, has a chronic pain condition called trigeminal neuralgia. It affects the trigeminal nerve in her face and causes intense pain.

Addiction medicine doctors worry that without these alternative procedures available, patients will turn to opiods.

“Eat, it hurts. Talk, it hurts. Brush your teeth it hurts,” said Lawrenz.

Lawrenz says Patti usually goes in twice a year for an outpatient procedure where doctors inject the area with a steroid concoction. While she’s due for the procedure, she’s been unable to receive it as elective procedures have been put at hold with the stay-at-home order.

“The alternative to the injection is a trip to the ER and massive dose of painkillers,” he said.

Addiction medicine doctors worry that without these alternative procedures available, patients will turn to opioids. Dr. Anne Pylkas of Sage Prairie treatment center worries, as a result, there will be an uptick in opioid addiction and overdose.

“We’re left managing these acutely painful issues with opioids because it's all we have left,” said Pylkas.

Elective procedures are being rescheduled nationwide, as hospitals try to ration their personal protective gear and free up hospital beds.

“Almost all are done in outpatient centers so they actually keep people away from the hospital and away from the ER,” said Pylkas. “The physicians would choose people wisely. It's not like they’re just going to open the doors and say okay, we have a back-log of 1,000 people who need injections we’re going to let everyone come in.”

And while Lawrenz says he wants to do all he can to slow the spread of COVID-19, he also worries how long his wife can go without her usual treatment.

“Its really hard as a spouse to watch your family, your wife, suffer like this,” said Lawrenz. “Please Governor, don’t let us suffer any longer.”