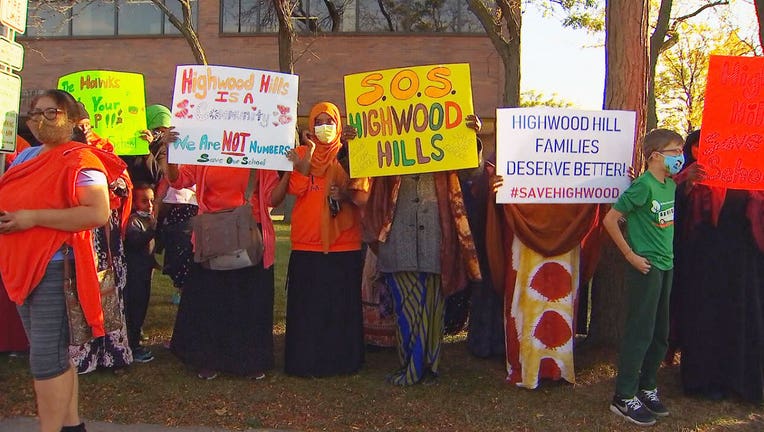 ST. PAUL, Minn. (FOX 9) - Families are fighting to keep eight St. Paul schools from closing while the district is planning to shutter the schools by next fall, largely due to declining enrollment.

The district says at a certain point they can’t afford to keep a school open when it’s significantly under-enrolled, but parents say the plan is unfair. Tuesday night, a crowd gathered outside district headquarters, demanding the St. Paul School Board reconsider plans.

Parents and students are pushing back against plans to close eight St. Paul schools.

"It all feels not only unfair and inequitable, but just not well thought out," said Galtier parent Anna Peters.

"All of our kids are going to be forced to be bused out of our neighborhood, and that’s not the kind of neighborhood I want to live in," said parent Clayton Howatt who is also running for Saint Paul School Board.

The district cites dwindling enrollment and a desire to re-organize resources so that all kids can get what they call a "well-rounded" education with a diverse curriculum - something parents at Wellstone Elementary feel they already have with the Spanish Immersion Program.

"We settled on Wellstone very early on, and nothing changed our mind about that," said Burgess Smith.

Smith saying the school the district is recommending for his daughter is now four miles away. "A lot of days, she’s not getting home until 5:30 or 6 as it is, and that will only make it really prohibitive to consider that choice," Smith added.

The school board will be making the choice in November.