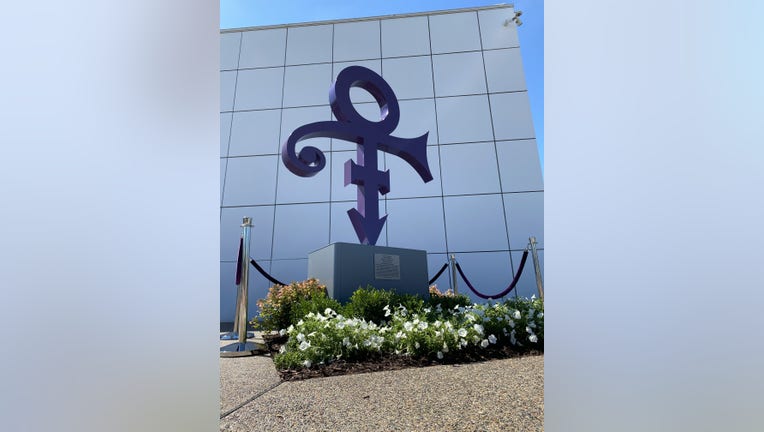 The 11-foot statue will greet visitors to the Paisley Park museum. (Paisley Park)

The statue will greet visitors to Paisley Park as they enter the Chanhassen museum.

According to Paisley Park, Prince assumed the symbol as his identity in 1993 after becoming frustrated with his publishing and recording contracts which owned the name Prince.

The symbol was first seen in his 1992 love symbol album. It was designed as a fusion of the male and female astrological signs and is now known as a symbol of inclusion.

“The installation of the Love Symbol is another exciting moment for us at Paisley Park in our continuing efforts to celebrate Prince’s legacy,” said Alan Seiffert, the Executive Director of Paisley Park. “With the challenges that our world is currently facing, we are happy to share a piece that showcases this expression of creativity and freedom. And what better place than Prince’s creative sanctuary.”

Visitors do not need to pay admission to see the statue.

The museum is open daily from 9-5, but is closed on Wednesdays.