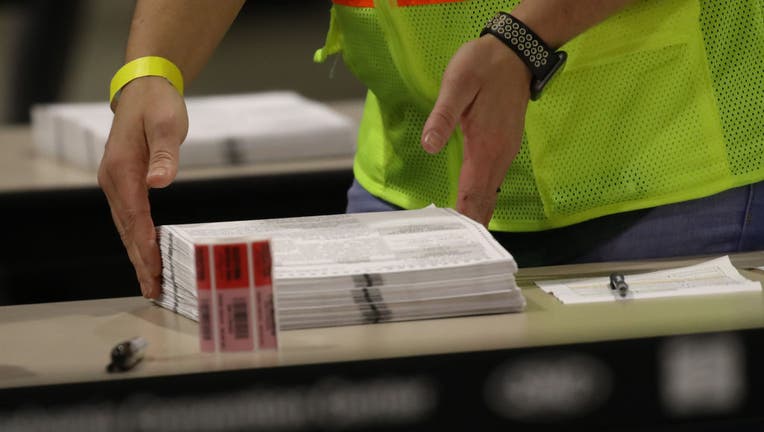 PHILADELPHIA, PENNSYLVANIA - NOVEMBER 04: Election workers count ballots on November 04, 2020 in Philadelphia, Pennsylvania. With no winner declared in the presidential election last night, all eyes are on the outcome in a few remaining swing states ((Photo by Spencer Platt/Getty Images))

MINNEAPOLIS (FOX 9) - As other states continue to tally votes, prompting unsubstantiated claims of fraud, Minnesota wrapped up its election days ago with no issue.

“Minnesota is the gold standard for how to run an election,” said University of Minnesota political science professor Larry Jacobs.

Other states look to Minnesota for advice amid ongoing vote counts

As other states continue to tally votes, prompting unsubstantiated claims of fraud, Minnesota wrapped up its election days ago with no issue.

Jacobs says that has many looking to Minnesota for guidance.

“Minnesota is a national model for other states that are in the spotlight for the wrong reasons right now,” he said.

He says Minnesota’s sparkling reputation is in thanks to voter-friendly laws passed by the Legislature. Most notably this year, a pass was passed that allowed the tallying of mail-in ballots two weeks ahead of Election Day.

“In Pennsylvania, they asked for the same privilege from their Legislature and they rebuffed,” said Simon. “So what’s happening in Pennsylvania right now is the predictable result.”

While it seems so simple to fix it for next time, the fact is there are politics at play.

“Once you get a system in place, there are people who have a vested interest,” said Jacobs. “Some people are going to resist the change.”