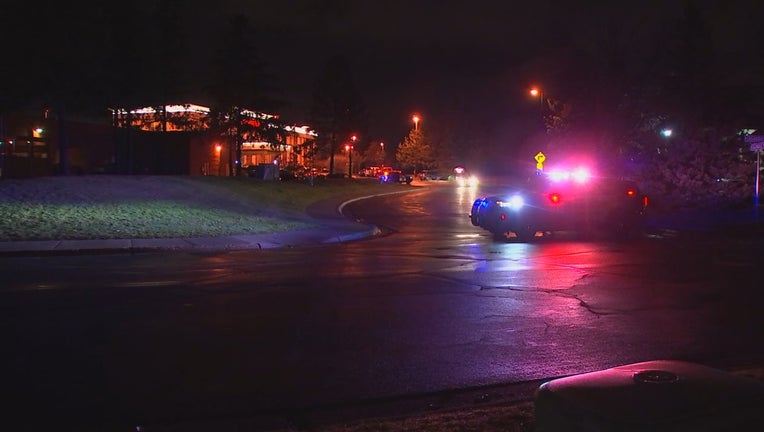 A police investigation is underway near Lone Oak Road and Eagandale Place in Eagan, Minnesota. (FOX 9)

EAGAN, Minn. (FOX 9) - Police say one man is dead and two people are in custody after a shooting Monday night in Eagan, Minnesota.

The Eagan Police Department said officers responded to gunshots near the area of Eagandale Place and Lone Oak Road shortly before 9 p.m. Monday.

On scene, officers found a man suffering from an apparent gunshot wound to the head. The victim was pronounced dead at the scene.

A short time later, police stopped a car leaving the area and took a man and woman into custody.