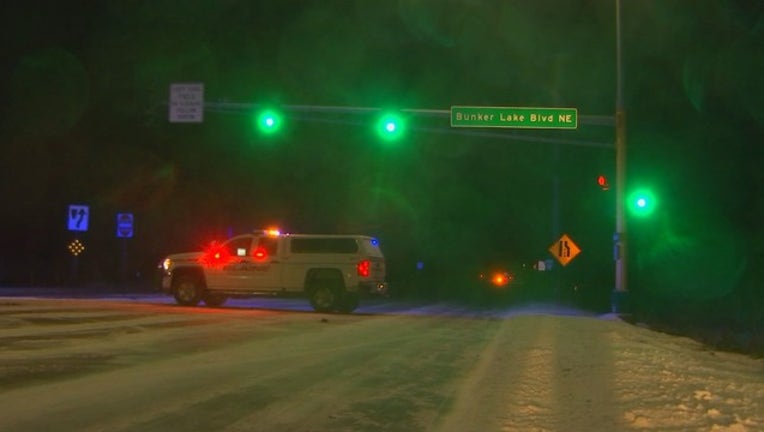 HAM LAKE, Minn. (KMSP) - One person was killed in a crash near Ham Lake Monday night, according to the Anoka County Sheriff's department.

It was just the second serious incident on a treacherous day for motorists due to freezing rain and a light dusting of snow, with one other traffic death coming from a crash near Duluth, Minn.

Authorities were called to the scene of a three-car crash on Lexington Avenue NE near the intersection of 146th Avenue NE just after 8:00 p.m. Monday night. One man was pronounced dead at the scene, with three others extricated from their vehicle and taken to the hospital with non-life threatening injuries.

388 crashes total were reported around the state Monday, with 244 vehicle spinouts and seven jackknifed semis.