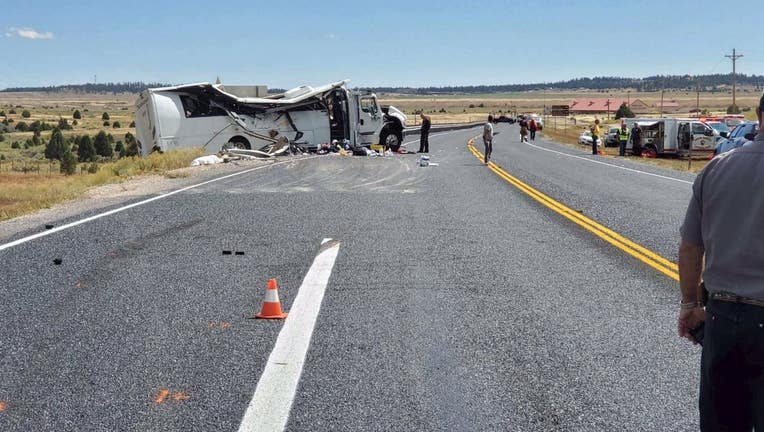 The bus with 30 people aboard crashed near a highway rest stop about 7 miles from the park entrance.

Authorities were tending to people on the road, and others stood around covered in shiny blankets, the photos show.

Further details were not immediately available, including the cause of the crash, Cpl. Chris Bishop said.

Bryce Canyon has the world’s largest concentration of irregular columns of rock, called hoodoos, according to the National Park Service website. The park, about 300 miles south of Salt Lake City, draws more than 2 million visitors a year.

This is a developing story