Minneapolis Fire officials say no on was hurt in the fire at 44th and Penn Ave. N. The cause is unknown. 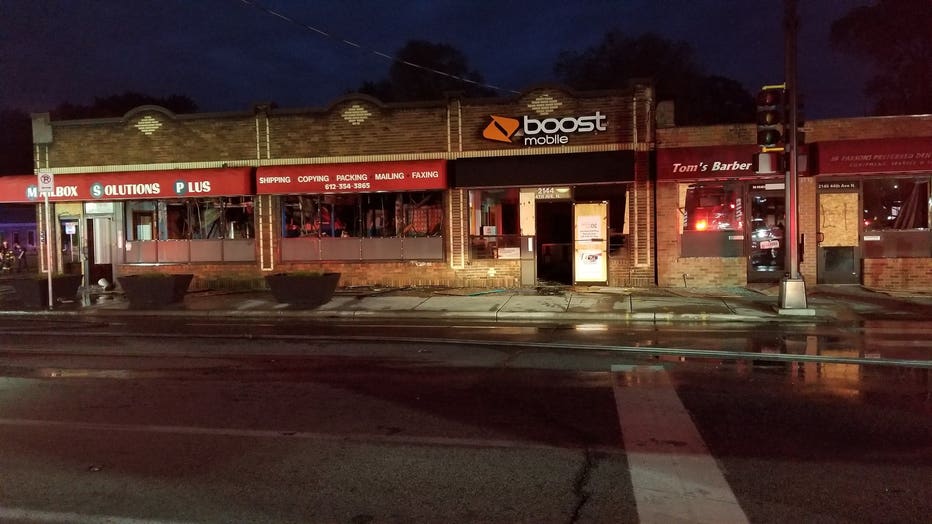 What caused the fire that destroyed businesses has yet to be determined. (FOX 9)

Officials say the fire started around 2 a.m. and while a cause is unknown at this time, residents who were out keeping an eye on their neighborhood after recent unrest said a "suspicious" pick up truck was seen behind the building moments before the fire started.