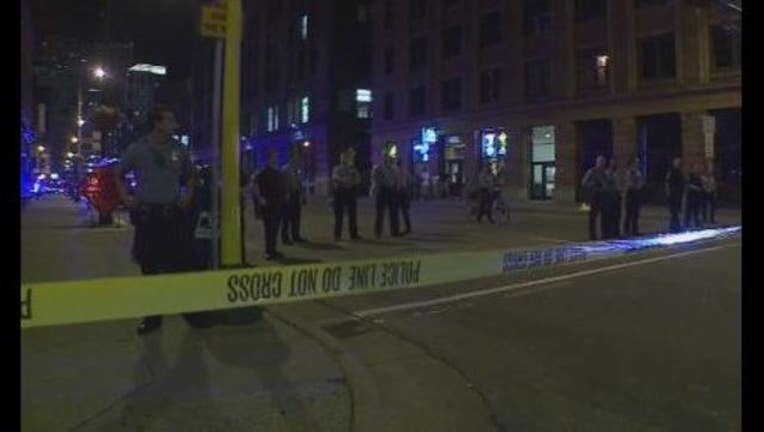 Minneapolis Police Department was informed early Saturday morning that a man with a gun was seen outside the Pizza Luce in downtown Minneapolis.

The call was received around 3:00 a.m. Saturday morning, when the suspect fled on foot towards 4th Street and 1st Avenue. The officer reportedly shot the suspect during the chase.

The officer involved was unharmed, and the suspect was taken to the hospital with non-life threatening injuries.

A gun was recovered from the scene.