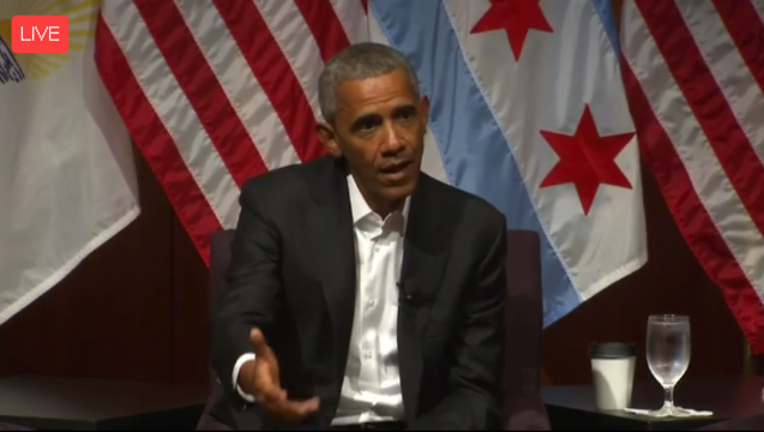 (KMSP) - Former President Barack Obama is back in Chicago this week to make his first post-presidential public appearance. The speech will take place on the University of Chicago campus at the Logan Center for the Arts at 11 a.m. WATCH LIVE

“So what’s been going on since I’ve been gone?" Obama said as he took the stage.

“He's kind of reconnecting with his past as a professor here and I think that's wonderful,” said Walmy Sveen who works in a research lab on campus. “I think he wants to keep inspiring people.”

For the past three months the Obamas have been on somewhat of a political-public hiatus, spotted vacationing around the world. Kitesurfing with Richard Branson on his private island and rubbing shoulders with Oprah, Tom Hanks and Bruce Springstein on a yacht near Bora Bora.

The low-profile continues with his Chicago schedule.

“All of it was done through word-of-mouth, I only heard because I have friends who were like, ‘I got tickets to see Obama on Monday,’” said University of Chicago student Teddy Knox.

It is invitation only - seats are reserved for students from University of Chicago, Loyola, Chicago State and Northwestern.