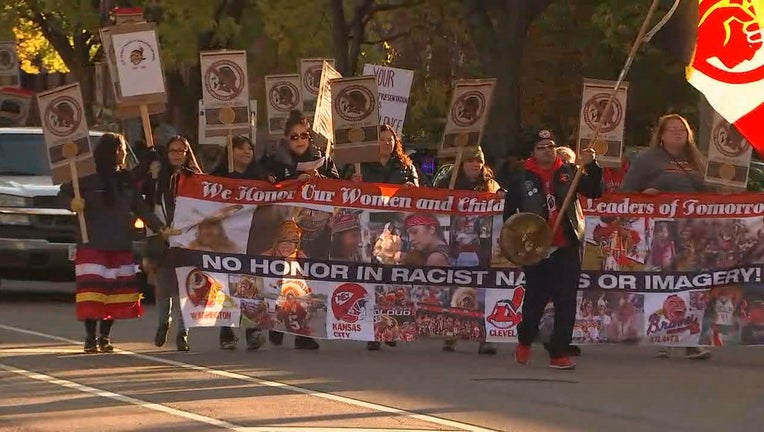 Native American groups took part in a march, protesting the Washington Redskins and urging them to change its name. (FOX 9)

MINNEAPOLIS (FOX 9) - Ahead of the Minnesota Vikings' Thursday night game against the Washington Redskins, hundreds of protesters marched near U.S. Bank Stadium, calling for Washington to change its team name.

A group of Minnesota tribal governments, the National Coalition Against Racism and other Native American groups are taking part in the "Not Your Mascot" march. Those participating in the protest say the name is a slur and a reminder of a dark time in history.

Protest against Washington Redskins ahead of football matchup

Hundreds of people protested in downtown Minneapolis against Washington, calling for the team to stop using Redskins as a mascot and team name.

“The reason why we think it’s really offensive and racist is because the origination of that word is when the white man would set a bounty out for our people and they would go and scalp our people,” said Miiskogihmiiwan Poupart-Chapman, an Augsburg University student.

“It’s a racial slur it brings up terrible imagery and there really is no place for it in sports,” said Rebecca Crooks-Stratton, the secretary and treasurer of the Shakopee Mdewakanton Sioux Community.

The event also included a rally with national and local leaders, like Lt. Gov. Peggy Flanagan, speaking at the event. Lt. Gov. Flanagan is the first Native American woman to be elected to a statewide office in Minnesota. 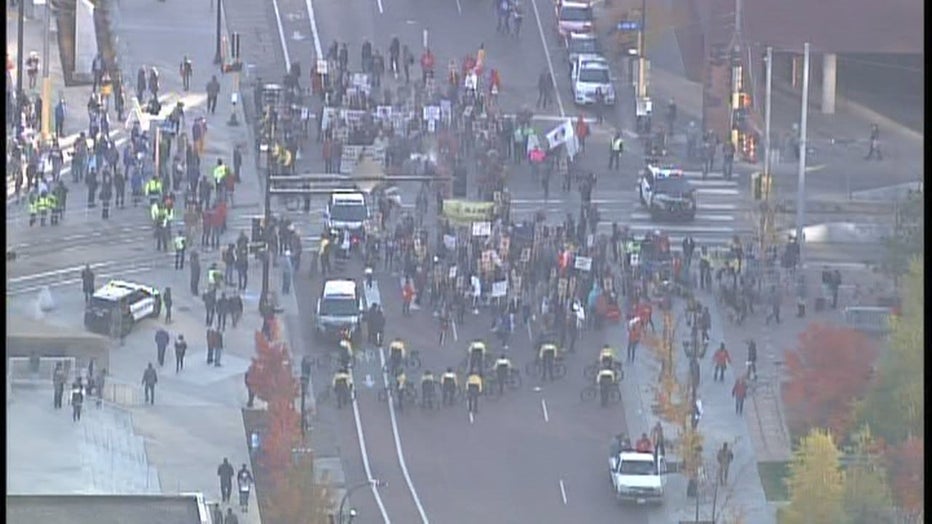 Protesters marched in the streets of downtown Minneapolis, calling for the Washington to change its team name. (FOX 9)

Full statement from the Vikings