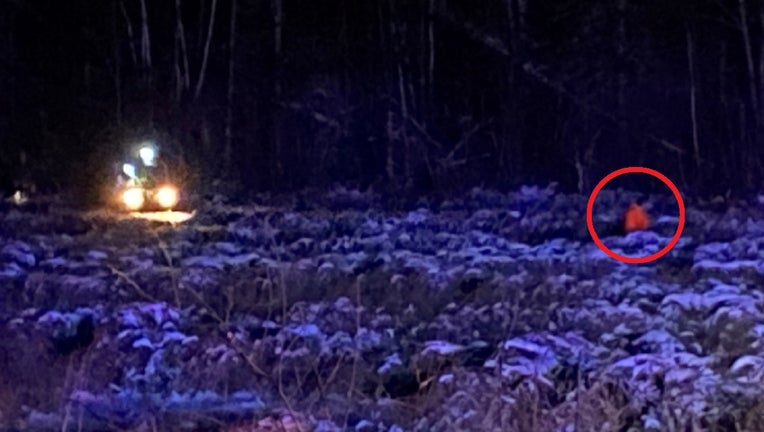 PORTAGE TOWNSHIP, Minn. (FOX 9) - A hunter in northern Minnesota was rescued on Saturday after sinking waist-deep into a swamp.

The St. Louis County Sheriff's Office responded around 5:15 p.m. for a report of the hunter stuck in Portage Township -- a town south of Crane Lake and just a few miles from the U.S.-Canada border.

At the swampy area, rescue crews were able to find the man in waist-deep water and pull him out using an off-road vehicle.

Deputies say the man was attempting to walk across a partially frozen, flooded-out swampy area when he sunk in.

First responders reported the man was suffering from symptoms of hypothermia when he was found. He was taken to a local hospital for treatment. His condition is not known.

In a warning, deputies wrote: "As area waterways begin to freeze the Sheriff's office would like to remind everyone to use good judgment and follow the MN Department of Natural Resources general ice thickness guidelines when venturing out this winter."