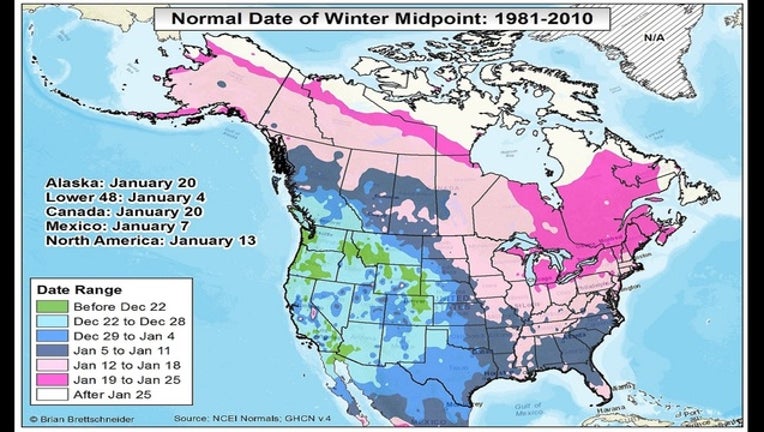 KMSP - It’s all uphill from here.  That’s right warm weather fans, we are through the first half of the cold.  We are also through what is usually the coldest time frame of the year.  The winter midpoint is the point at which average temperatures have dipped to their lowest levels and have started to climb, indicating we are now passed the coldest point in the season on average.  Now, this doesn’t mean that we can't still get tremendously cold OR see the coldest temperatures of the season from here on out, but TYPICALLY we don’t.

The map above shows you when each part of North America sees there winter midpoint.  North America as a whole is January 13th, but for Minnesota it’s roughly January 15th.  Alaska and Canada are the last large areas to reach their winter midpoint, coming in around January 20th.  But the Canadian province of Nunavut experiences the latest winter midpoint on average (It’s the province that houses all of those islands north of mainland North America) which is roughly around the 1st of February.