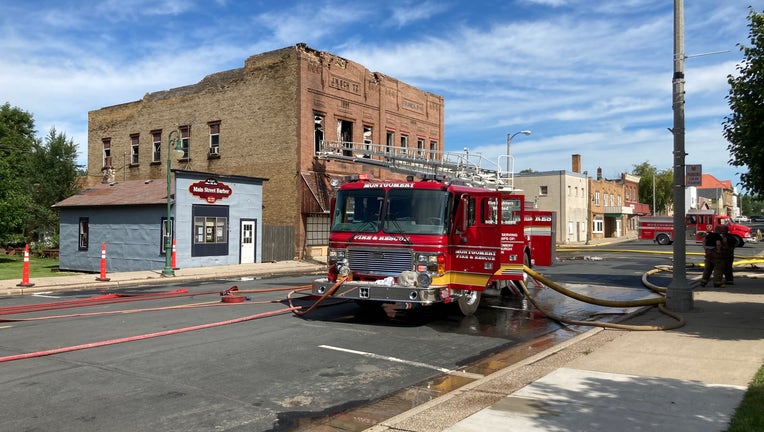 No one was injured after a fire started in an apartment building in Montgomery, Minnesota Wednesday. (Fox 9)

MONTGOMERY, Minn. (FOX 9) - No one was hurt after a fire started in an apartment building Wednesday morning in downtown Montgomery, Minnesota.

The Montgomery Fire Department responded to a reported fire at 3:45 a.m. at 104 1st Street South.

The fire appears to have started in the second floor of the 104 1st Street S building and spread to the neighboring building at 102 1st Street S, according to the City of Montgomery.

Apartments at the 102 1st Street S were evacuated.

The State Fire Marshall, assisted by Le Sueur County and Montgomery authorities, is investigating the cause of the fire.