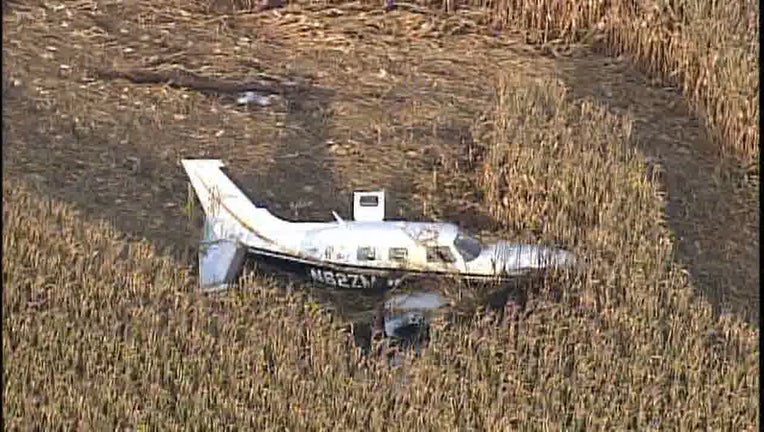 A plane crashed Friday afternoon near the Lake Elmo airport in the Twin Cities metro. (FOX 9)

LAKE ELMO, Minn. (FOX 9) - Two people are expected to be OK after their plane crashed in a field in the Twin Cities metro on Friday.

Washington County deputies responded at 3:14 p.m. on a report of a small plane that went down near the Lake Elmo, Minnesota airport. First responders found the plane in a field off the northwest corner of Stillwater Boulevard and Manning Avenue.

Two people inside the single propeller airplane were taken to the hospital with what deputies say were non-life threatening injuries.

The crash is under investigation by the Washington County Sheriff's Office, the FAA, and the NTSB.