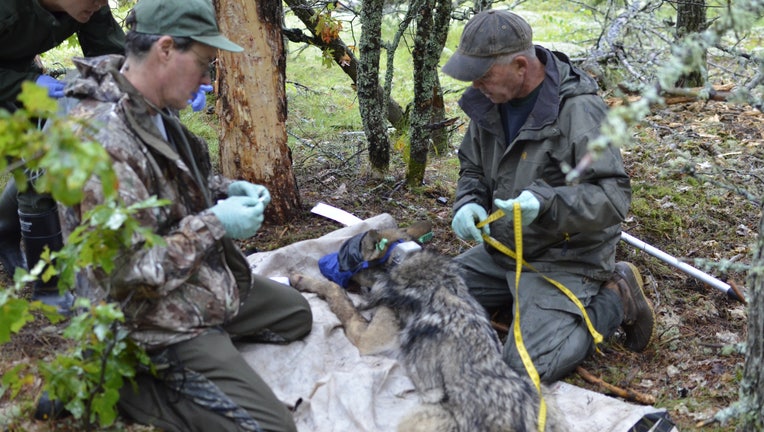 HOUGHTON, Mich. (FOX 9) - Another wolf was relocated to Isle Royale National Park on Lake Superior last week, bringing the total number of wolves on the island to 15.

The 70-pound male wolf was captured on Michigan’s Upper Peninsula and flown to Isle Royale where he was released. His release marks the beginning of the second year of a three to five-year effort to rebuild the island’s wolf population. Three to five more wolves from Michigan are expected to be released on the island this fall.

Wolves are not native to Isle Royale. Scientists believe ice bridges that formed on the lake in the winter helped the first wolves to find the island more than 75 years ago. The population peaked at around 50 wolves in 1980, but fell off in recent years until only two non-breeding wolves remained to hunt the island’s 1,400 moose.

In 2018, the National Park Service announced its plan to move 20-30 wolves from the U.S. and Canada to Isle Royale. The wolves are being sourced from diverse geographic areas to ensure genetic diversity, the NPS said.

The new wolf joins 14 others already on the island—12 that were relocated last fall and winter and the two resident wolves. The island's population now consists of eight male wolves and seven female wolves. 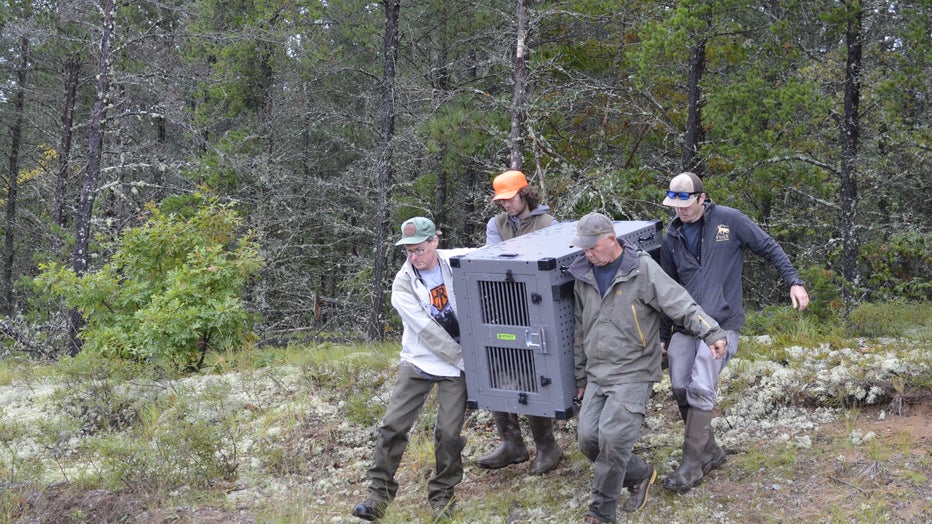 NPS staff and researchers from Michigan Technological University and State University of New York are tracking the movements of the wolves around the island to ensure they form packs, reproduce and act as predators on the island’s moose population. According to their initial observations, a female wolf from Minnesota and two males from Canada have been traveling and hunting together since April.