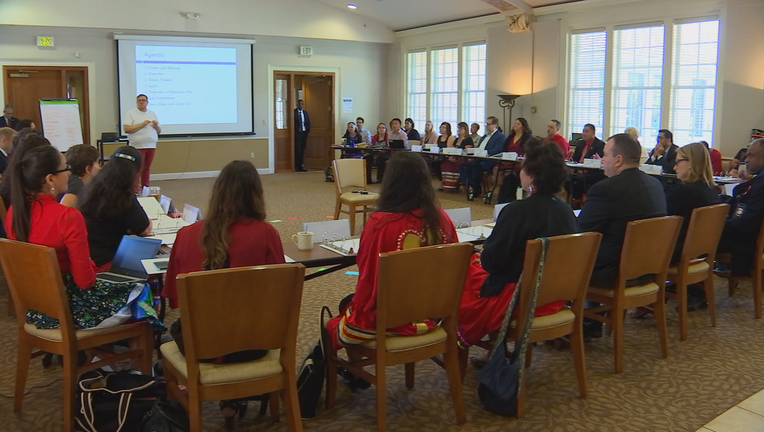 ST. PAUL, Minn. (FOX 9) - An important new task force at the Capitol will take aim at uncovering a dark side of Minnesota. Its mission is to find out why so many Native American women have disappeared or have been murdered.

Lawmakers have been working for two years to pass the bill and, in the end, it was Native women and their stories of heartbreak that got this task force up and running.

Lawmakers have been working for two years to pass the bill and in the end it was native women and their stories of heartbreak that got this task force up and running.

With the stroke of a pen, Governor Walz signed the ceremonial bill Thursday, hoping to find answers as to why so many native women have simply disappeared.

For almost every person at the ceremony, it’s personal. “Today, we let them know that they did not fall to their deaths only to be forgotten," said Mary Lyons of Leach Lake. "I say it again. I call out your name, my baby sister, Katherine Louise Jones.” 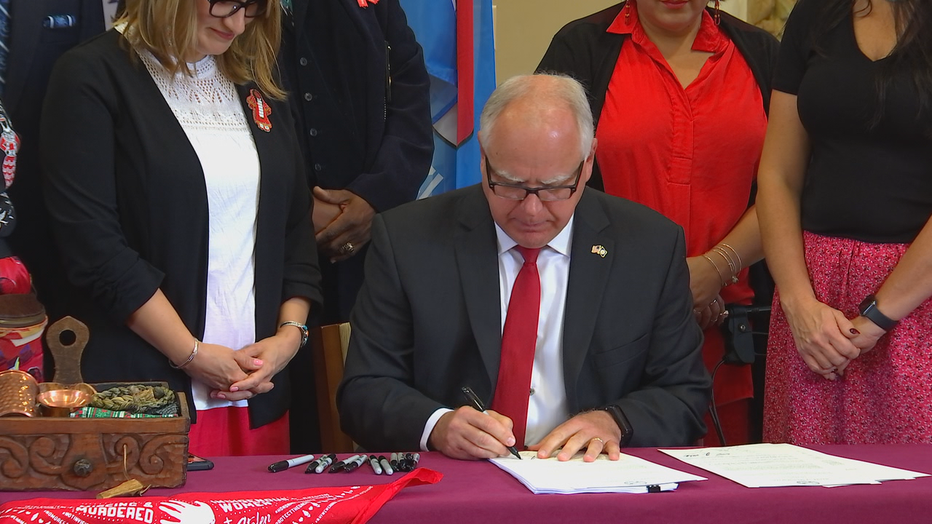 Gov. Walz signs the bill on Thursday at a ceremony. He hopes the legislation will help answer questions about violence against native women.

“Years ago, we interviewed a 105 of our native sisters who had been used in prostitution and trafficking around Minnesota," explained Nicole Mathews of the Minnesota Indian Women Sexual Assault Coalition. "And we heard story after story of women they knew who had gone missing, who had been trafficked to some other city and they never seen or heard from them again. And, in fact, they were women we never seen or heard from again.” 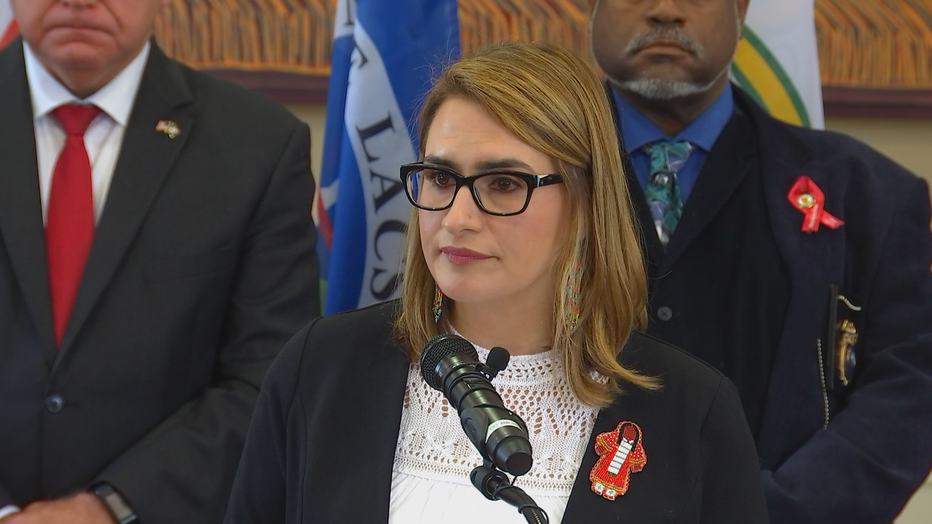 "Too often Native women at best are invisible, and at worst, we are disposable," said Lieutenant Governor Peggy Flanagan. "That must, and that will change."

The 27-member task force dove straight into work on its first day. It hopes to establish a new data set on missing and murdered native women and, at the same time, keep that list from growing.

The new task force must report a list of recommendations to the legislature by December 15 of next year.